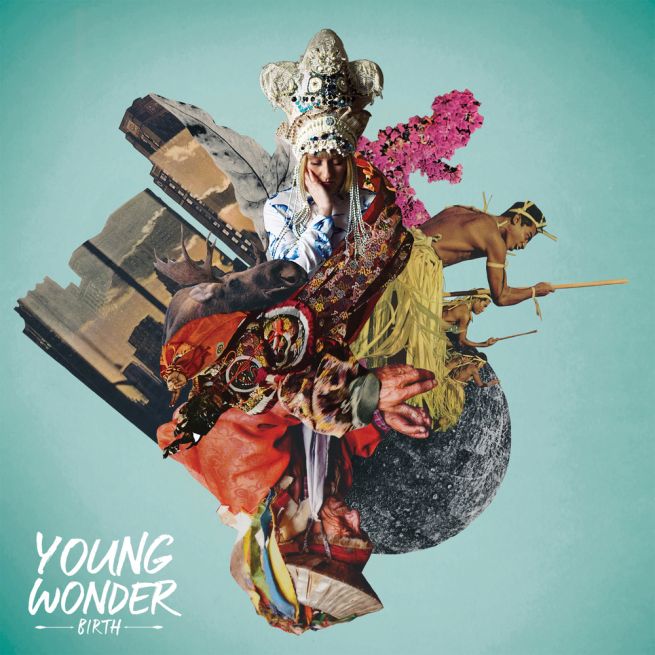 Birth is an album that is simply teeming with life. The entire vibrates with interchanging parts and sounds that results in a listen that constantly surprises and delights from beginning to end.

The sound of Birth is densely populated, synth textures and beats whiz past in songs such as the monumental ‘To You’ and ‘Hear Our Cry’ as the record bustles with the sound of exciting possibilities.

Leading you by the hand, Young Wonder traverse a sonically impactful production that is completely and intricately realised. Tracks like ‘Sweet Dreaming’ ache with want, pulled into focus by Rachel Koeman’s enchanting vocal timbre.

Indeed the desire, wonder and hope that Birth has at its core is felt through each pulsing moment of the record. No more so than ‘Intergalatic’, which is the beating heart of the album. Bringing together all of the character and brilliance that propels Young Wonder’s sound the song not only sets the tone of the L.P. but also works to define it in three gorgeous minutes of electronic perfection.

With Birth, Young Wonder take the listener on a journey beyond imagination. The album is the work of great confidence, encapsulated not in how much Young Wonder do to keep the listener’s attention, but instead how little. Not one song or pop and click of synth is put into the record to merely hold our concentration, Koeman and Ring simply pare down their music to its essence and leave the great openness speak for itself. Yes, the production is incredibly intricate, but it also incredibly well thought-out and that’s the key. As debut’s go, Birth is a landmark in Irish electronic music.

Birth by Young Wonder is out now.