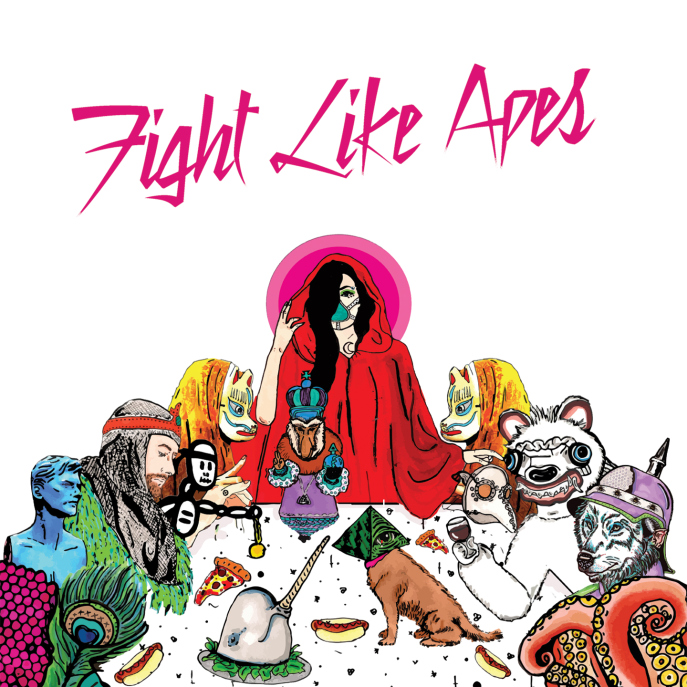 From the outset Fight Like Apes is an album that feels determined to mark a line in the sand in regards to FLA’s career before and after. Indeed the L.P demands to be taken on its own terms.

The previously released ‘Crouching Bees’ finds its way onto Fight Like Apes. A definite highlight of the album, there is something incredibly gratifying about listening to it. Here is a song that fully releases the potential of FLA’s sound with such aplomb that it would dwarf many L.P’s by its inclusion alone.

MayKay’s vocal is central to the album’s success. Filled with character, it’s the slight breaks and reaching cracks in her voice (see ‘Pretty Keen On Centrefolds’) that lift Fight Like Apes (and the L.P’s) sound beyond mere off-hand electro-pop. Coupled with her distinct lyrical word-play (best seen in ‘Pop Itch’) MayKay turns the record into something more personal.

However, there are moments when the album stumbles. ‘Baywatch Nights’ feels lack-luster and seems to just loiter in the record’s running order rather than activity pushing the whole piece forward. This issue is resolved by immense impact of the closing track ‘Carousel’ which appears two tracks later, giving Fight Like Apes a truly satisfying end.

To listen to Fight Like Apes is to experience unwavering delight, as you begin to hear the risks taken throughout the record. The entire album has a “take of leave it” attitude made all the more compelling by a much fuller production.

It’s been five years since The Body of Christ and the Legs of Tina Turner and Fight Like Apes have changed, we all have. Time, life and experience have all reshaped the sound and meaning behind it all. But that doesn’t mean their intensity has subsided, because when you look beneath the surface you find if anything it has become more focused. Three albums in and FLA deliver a career best.