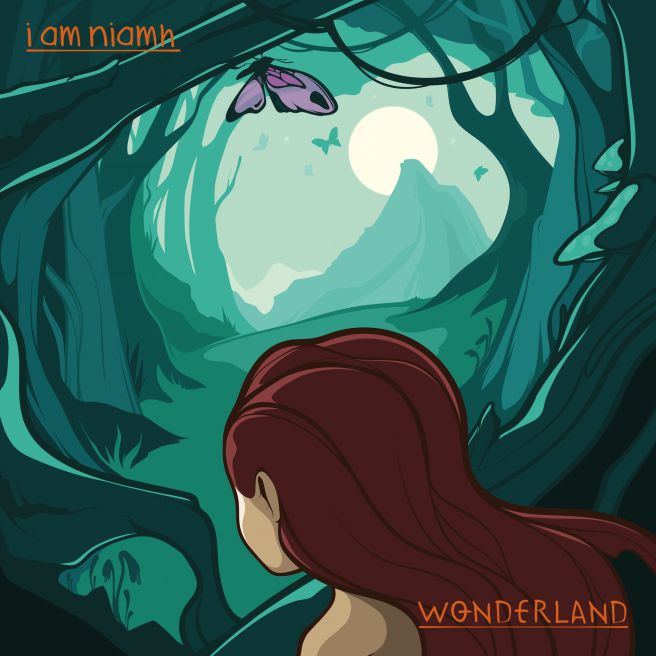 The entirety of Wonderland is beautifully brought to life by i am niamh’s off-kilter take on songwriting. Weaving, dancing, twisting and turning its way from section to section the album simply wraps itself around the listener, completely casting you under its beguiling spell.

This uplifting feeling is perfectly supported by the jolting, syncopated rhythms and rapturous melodies that fill every corner of Wonderland, best captured in the grandiose title track which introduces us to the record.

Bursting with vibrant musicality songs such as ‘New Home’ speak of hope, with i am niamh conveying the endless possibilities that stretch out before us all. Indeed the whole album seems to be an affirmation of dream chasing, imagination and creativity.

From the dark, glistening corners of ‘Bellend’ to the quirky percussive punctuation of ‘Sent Box’ i am niamh takes the listener by the hand and leads them through the densely populated production in a way that at times can feel overwhelming.

In context, usually when a songwriter shoots the moon and attempts to create such a large-scale sound on their debut album it can end up being a messy affair. With Wonderland i am niamh delivers on exactly what see sets out to achieve. And while the record does stumble along the way, it all seems to be a part of this great journey the artist wishes to take us on.

So where does this all lead? Well, Wonderland is the unfolding of a story, part truth and part hope. Taken breathlessly over the course of fourteen songs i am niamh gives us a glimpse into her way of seeing the world around her. And much like it’s namesake the album traverses through wonder, regret, fear and desire eventually coming out the other side with feeling of understanding. Wonderland is an act of unapologetic imagination, something in short supply in music of late.

Wonderland by i am niamh is out now.

7 comments on “i am niamh – Wonderland”