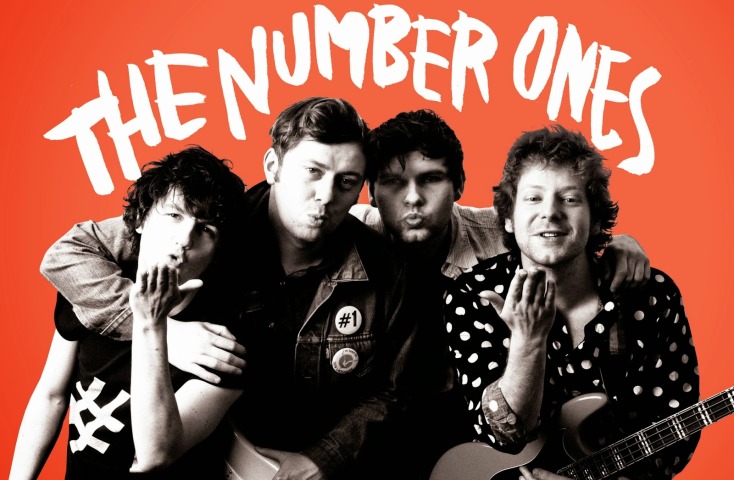 From the opening crash of jangling guitar on ‘I Wish I Was Lonely’ to the jolting rhythm of its first verse the irrepressible sound of the #1s’ music is clearly and quickly established.

Keeping the tempo of The Number Ones pushing forward, songs such as ‘Heartsmash’ and ‘Boy’ infuse the group’s lo-fi and punk influences into the album’s core sound. While ‘Girl’ gives a much-needed, but brief, respite following the sheer force of the record’s opening tracks.

However, it is the indie-pop tinged brilliance of ‘Sharon Shouldn’t’ that proves to be the high-point of the L.P. Melding all the melodic, percussive and frantic elements that make the #1s sound so distinct, this stand-out moment of the record showcases all the promise and creative drive that denotes not only the album, but the band themselves.

The real twist in the tail of The Number Ones is simple yet effective. At no point during the album do the #1s look to redefine the garage-pop sound, but instead seek and succeed in defining themselves within the genre. Joyously embracing the raucous nature and stylistic flourishes of their influences, while instilling enough of their own characteristics into the music to ensure they avoid becoming just another “paint-by-numbers” garage-rock act.

It is in this context that the Dublin four-piece excel. The Number Ones is an upfront album in the best way possible. Throughout the record the #1s side-step pretence by never alluding to false hidden-depths. Instead the group opt for a straight forward approach that bustles with infectious, hard-edged indie music.

In the wrong hands this process could have ended-up sounding messy, unfocused and burdened by its own self-awareness. However, the #1s deftly walk this line with confidence, rarely faltering, resulting in a stellar first L.P. that works as an impressively direct introduction to the band.

The Number Ones by the #1s is due for release on August 5th via Deranged Records.