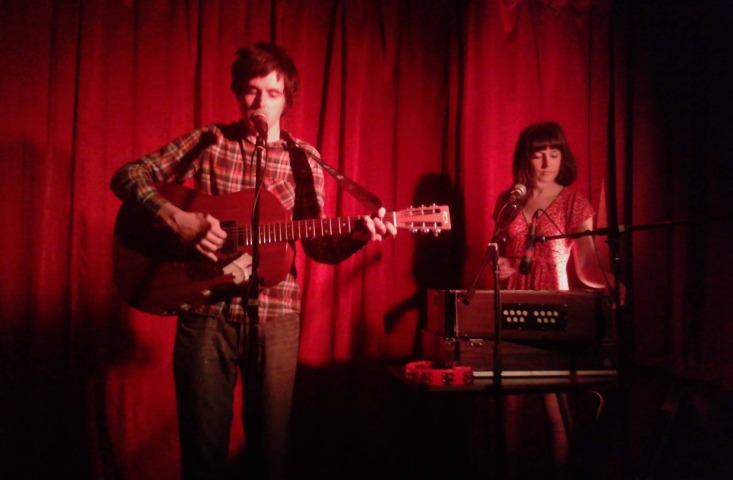 Dublin indie-folk act We Raise Bears are a group slowly building and defining their sound while the duo simultaneously work on their upcoming début E.P. Taking time out from demoing the record, both Conor Miley and Sharon Murphy spoke to the Last Mixed Tape about songwriting and the differences between their live sound and studio work.

“I wouldn’t be overly personal compared to some songwriters you hear talking about their love lives, I write quite a lot of politically motivated songs” states Miley about his lyrical inspirations which run from Bob Dylan to Nick Cave to Radiohead. “I come from quite a political family, although they are closely associated with a certain party, I’ve gone against that”.

Speaking about how both Sharon and Conor work together as songwriters, Sharon admits “I’m quite critical (laughs). But we’re both very fussy on what we want from a song. It’s really about editing it down and it’s important to work with someone who you trust”.

With We Raise Bears currently translating their songs from live performance arrangements into produced studio recordings, Sharon speaks about the possibility of not only expanding the sound but also the group. “For the live shows we do at the moment, we both work on the arrangements. I really enjoy that because we have to be a bit inventive about how we do it. As we continue other people might join us as well”.

“There’s a lot of organs and keys on the demos we’re doing now, so we’ll need people to come in.” Conor continues  “At the moment it’s just us acoustically and that seems to fit. But with the recordings there’s very little acoustic guitar on them at all, so we’ll need a lot more players, especially for the percussion”.

As We Raise Bears build their music in preparation for recording in the studio, the process has seen the duo’s songs take on a new shape from the acoustic and harmonium set-up of their live performance. “It’s a great way to start, having that simpler live arrangement.” insists Murphy. “It has a big sound in general anyway, so everything in relation to that has now grown. We’ve stayed true to the songs, but now have a different way of looking at them”.

However, both Murphy and Miley understand the need for the band not to over-stretch their sound by keeping an eye on future performances. “We’ve taken a double approach” explains Conor. “At this level you generally have five minutes to sound check and you need to have a simple set-up, which is just the two of us. For that we try to create something that’s interesting and works in that format, while in the studio the songs can take on another life with instrumentation that hopefully in bigger gigs we can perform with a full band.”

While many début E.P’s can be a history of a group or songwriter up to a point, We Raise Bears are looking to create a record that showcases the different aspects of their music at present and going forward. “We did have a lot of songs to choose from, but we were thinking more of an introductory record so it’s very important what we choose” Sharon comments.

“We have a few politically raucous, aggressive songs as I’ve said before, and we have some quieter songs too. So we can present a different side to our music” says Conor . “But the whole challenge is to get a cohesive sound for each of the four songs. Listening to the demos that we have at the moment that cohesive sound is heard through all of them and just naturally happened. Although it will be different for what we’ve done before, with a bigger sound”.

For a taste of We Raise Bear’s evocative folk sound watch the duo perform ‘Lines Written’ live for the Roscommon Sessions.