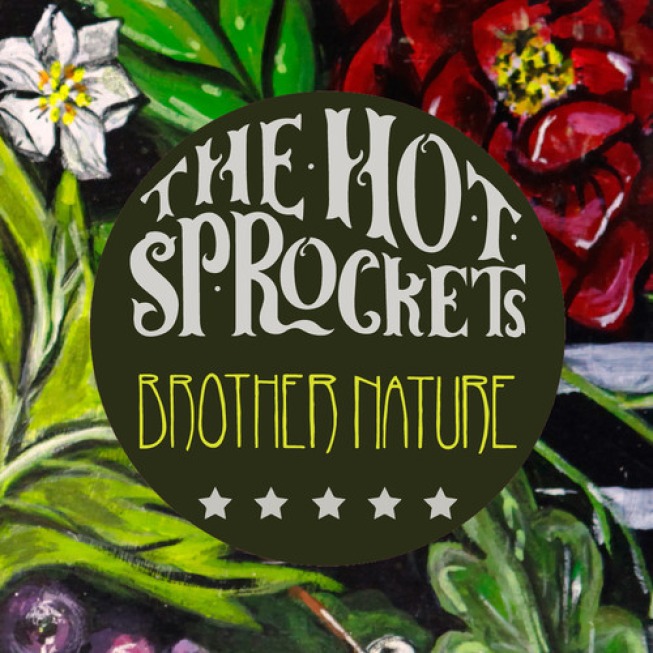 Slithering out of the speakers with a joyously gritty timbre album opener ‘Quarter Room’ rattles and hums with a short sharp groove, while the sudden crack of percussion in the song’s chorus gives Brother Nature the perfect introduction.

As the Hot Sprockets continue to create an album of diverse and evolving shape. The hook-laden drive of ‘Soul Brother’ and the frantically paced rock ‘n’ roll shudder of ‘Shake Me Off’ howl with vibrancy as Brother Nature permeates an eclectic mood and tone.

In an album bustling with growling blues-rock it is the serene ambience and gentle repose of ‘Homeslice’ that provides the very pinnacle of Brother Nature. Portraying a harmonic resonance that is simply gorgeous to behold and echoing with each vocal hiss that recedes into the soft reverberant backdrop. The recording is charming and affecting in equal measure, while also giving a sense of aspect to the record as a whole. The very soul of the Hot Sprockets’ music, and indeed the album itself, is found in these three and a half minutes.

Stomping, rasping and howling from start to end Brother Nature covers an immense range of sounds and moods. Raucous dynamic peaks give way to more reflective quieter moments as the album takes it’s hold. Some three year’s since their début record Honey Skippin’, the group have been busy in the interim honing their craft resulting in a powerful album of great stylistic flourishes.

Capturing the energy and intensity of a great live band, such as the Hot Sprockets, can often be a difficult and ultimately fruitless task with the studio working against the feel of the music, however with Brother Nature the group have done just that in an album just as captivating as any of their live performances. Stunning.

Brother Nature by the Hot Sprockets is due for release on Friday, June 6th and is available to pre-order now.