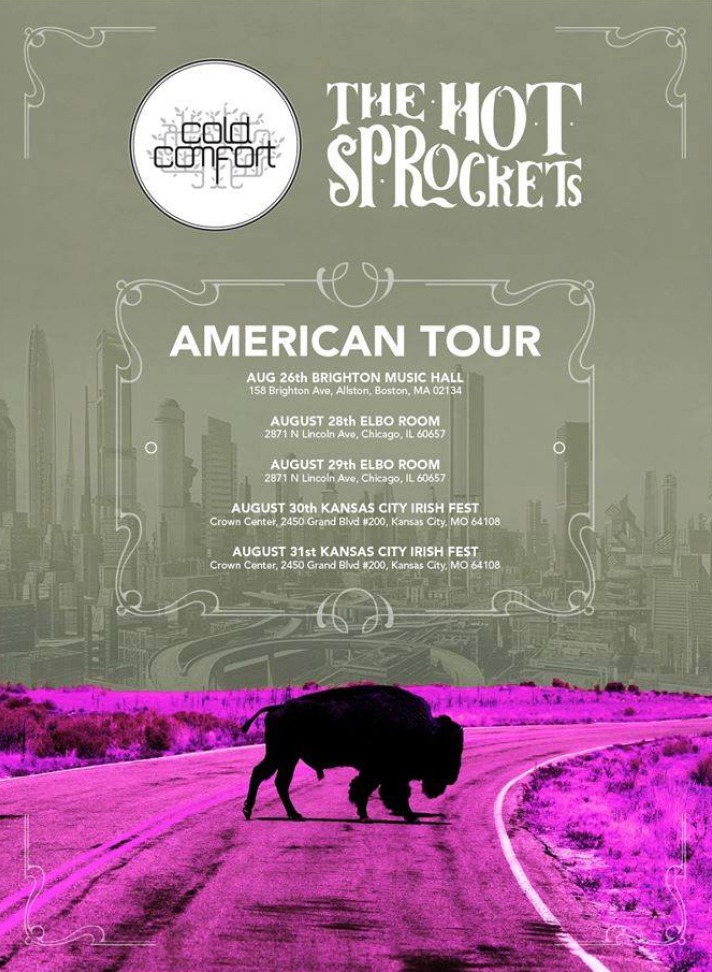 Blues-rock act the Hot Sprockets & indie-rock group Cold Comfort have announced their first tour of the U.S. this month, including shows in Chicago, Boston and Kansas.

The Dublin bands, who have both garnered raucous live reputations here in Ireland, are set embark on a tour of the United States wherein the pair will unleash their distinct blues-rock and indie influenced sounds on the American public.

Brother Nature, the Hot Sprockets’ latest sophomore album, has been met with critical acclaim (not least of all from the Last Mixed Tape) and features several stomping tracks that will be sure to capture the imagination of audiences in the US. Read T.L.M.T’s review of the record here.

Indeed, as recent live performances have shown, songs such as ‘Homeslice’, ‘Show Me The Weight’ and ‘Shake Me Off’ take on a deep-rooted, visceral dimension during live renditions.

Dublin indie-rock outfit Cold Comfort are themselves preparing to release their début album this Autumn. The forthcoming L.P. will include the band’s brilliant new single ‘When Love Grew Wild‘ which was accompanied by a stellar music video (see here).