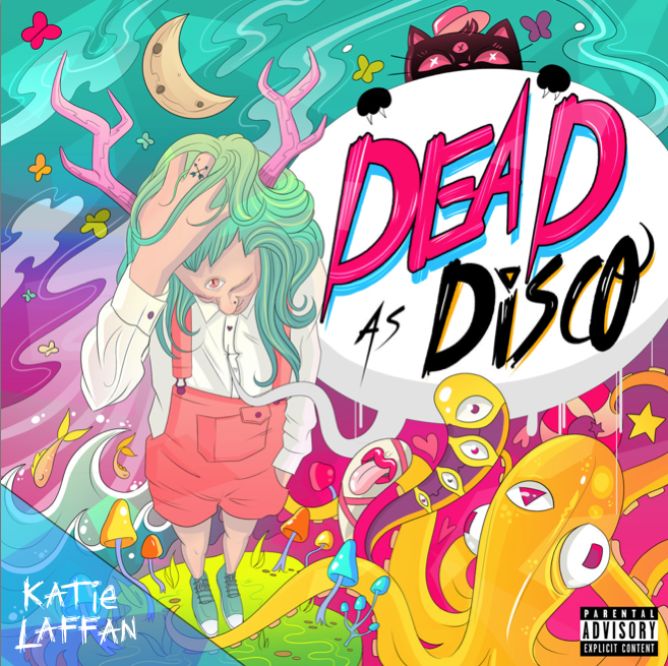 With the world of pop music feeling a little like a one-trick pony of late, Katie Laffan’s Dead As Disco E.P. is a refreshing oasis from the generic that’s big on new ideas.

Walking a tightrope between quirky and irksome, Laffan’s pointed, snarling lyrics keep the record on track with the songwriter’s emotional venting (think Lilly Allen in her ‘LDN’ heyday) giving Dead As Disco an added edge. Allowing the music’s vibrant D.I.Y pop sound to concentrate on providing the hooks.

It’s hard not to be instantly won over by the bouncing funk beats of the record’s opening track ‘I Don’t Mind’ and the weaving brass melodies of ‘Ego’. With so many interchanging catchy elements it’s interesting to hear that Dead As Disco was mostly self-produced by Laffan (‘I Don’t Mind’ was co-produced by Alan Kelly). But perhaps that’s the key to the E.P’s success, everything seems to come from the songwriter herself, no filters.

Most interestingly Dead As Disco is the sound of something new (in pop terms). It’s fun, downright charming in places and very relatable in others. What’s more the record speaks of a younger experience, one that hasn’t been bought, packaged and sold.

Dead As Disco by Katie Laffan is out now.