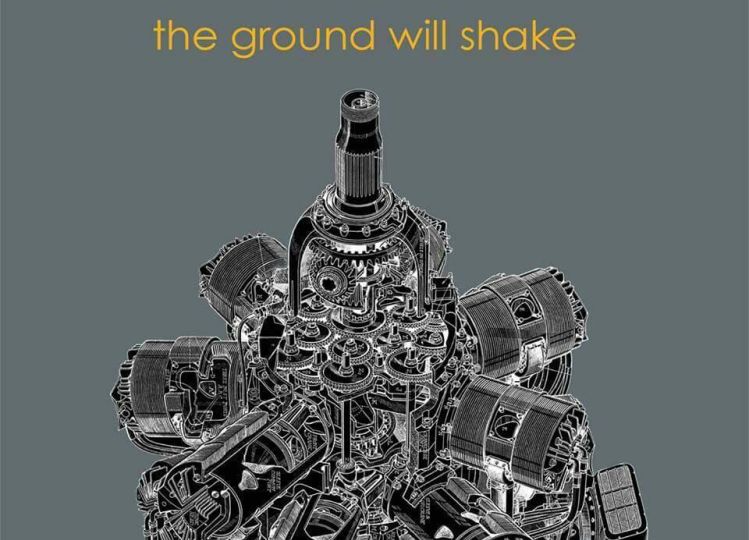 The Last Mixed Tape review the self-titled debut album from Dublin based alternative-rock group the Ground Will Shake.

Pop, sometimes a dirty word in musical circles and one that has been misinterpreted over time. Indeed, the term itself covers too broad a spectrum to properly define it as “just one thing”, it’s versatile and no matter how you approach it, very difficult to get right. With more than a hint of Elvis Costello & the Attractions about their music (see: ‘Engine Heart’), the Ground Will Shake take on pop in its new wave form. Basing their debut album out on crafted songwriting and production.

Infused with slight touches of alternative and indie-rock characteristics the Ground Will Shake is an album that throws the kitchen sink at you in terms of songwriting, as with bands like the Shins the importance is placed on how to keep the listeners interest while still trying to convey the bigger picture.

Moving from the rock ‘n’ roll twang and fuzz of ‘The Flood’ to the big-melodic indie-pop jangle of ‘Reno’, the record simply keeps on spinning while all the while throwing hook after hook at you, stopping briefly for the repose of tracks like ‘Devil’s Tower’.

The Ground Will Shake is a constructed record. All the pieces fit and all of them have a purpose for one reason or another. The album’s pop sensibilities shine throw and compliment the rockier elements, resulting in an old-school new wave sound that feels natural to both the here and now, and isn’t that what music is really about?