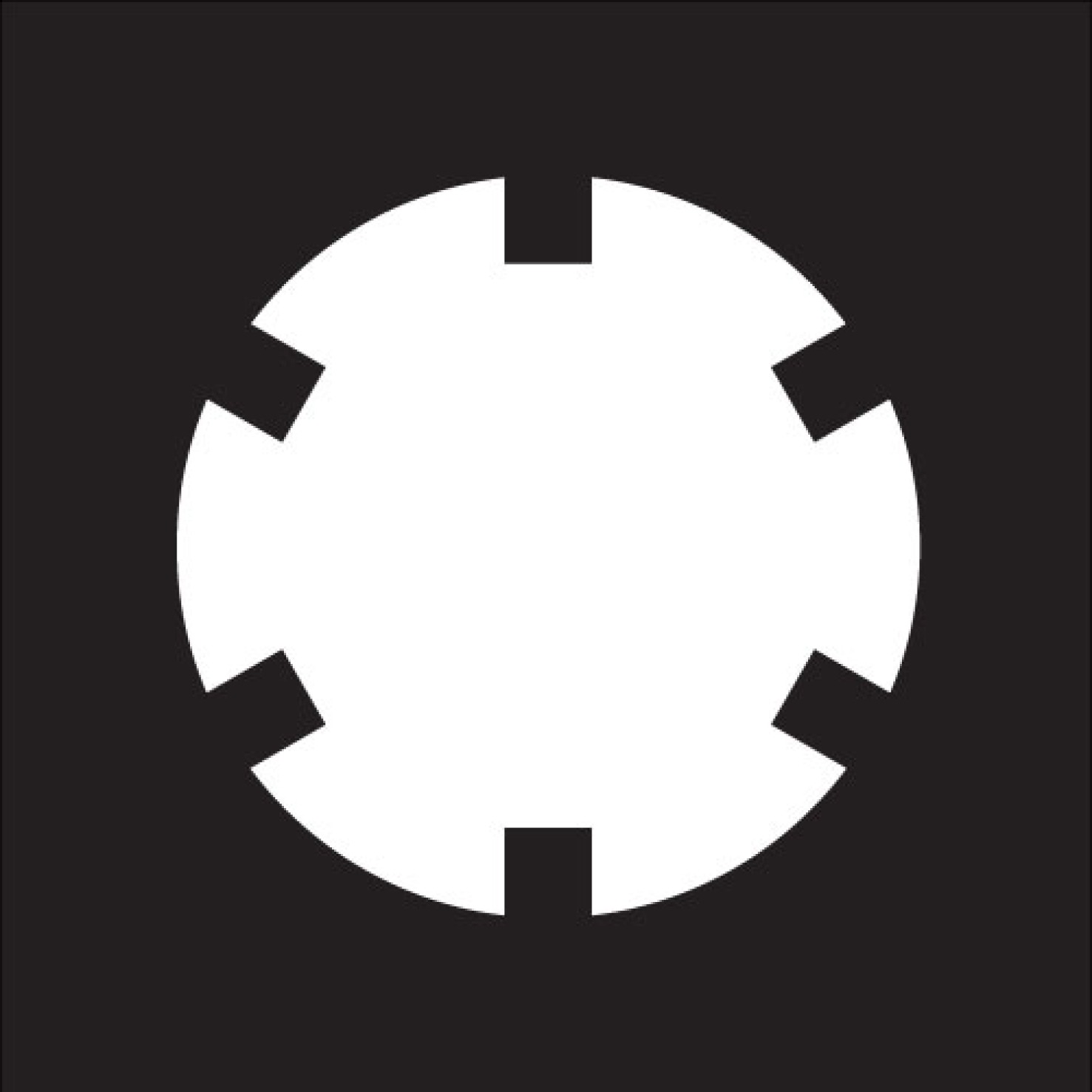 The votes are in, the tallies have been counted, and the Last Mixed Tape Reader’s have chosen their Top 20 Album’s of 2015. Spotify playlist below.

20. Le Galaxie – Le Club
What TLMT had to say: “Brilliantly bold and true to its convictions Le Club is an album of pure kinetic energy. The album conveys abandon, limitless creativity and invention all held together by Le Galaxie’s daring ambition. It’s not perfect, at times it is down right messy, but as with all excess that seems to be the point.”

18. We, The Oceanographers – @Ventures.002
What TLMT had to say: “We, The Oceanographers are a band with a nuanced songwriting ability. More importantly the pair understand their own sound, something that can be lost on many bands during their stages. This understanding helps them augment and subvert their music in way that feels true to its roots. In that way @Ventrures.002 is a confident and well-crafted introduction to a group capable of more, and will most certainly deliver on that promise.”

17. You’re Only Massive – Stop Talking
What TLMT had to say: “There is a fine line between madness and invention, one in which You’re Only Massive violently and impressively swerve around with such abandon that it’s hard not to be captivated by it. Stop Talking is a frantic, uncompromising exercise in individuality and risk that the duo somehow pull-off. Compelling.”

16. Girl Band – Holding Hands With Jamie
What TLMT had to say: “On Holding Hands With Jamie, Girl Band not only deliver on the hype that preceded them but excel beyond it. It’s the type of album that grabs a music scene (globally and locally) by the shoulders and shakes it into paying attention. Girl Band’s debut is a landmark, there can be question about that, but what it’s a landmark to and where this will lead is an even more exciting prospect.”

15. Codes – AALTARS
What TLMT had to say: “With ALLTARS Codes have delivered a bold second album that stands on it’s own. A deep journey into the great expanse that the group create sonically and one that pays off completely, the album is a gratifying experience brought forward by clear inspiration.”

14. Oliver Cole – Year of the Bird
What TLMT had to say: “I loved this record. I loved the way it traversed the pitfalls and possible over dramatisation of romance while never becoming austere about it. How much of the album is a point of perspective or experience is irrelevant, Oliver Cole takes what he needs from it and allows us to do the same.”

13. i am niamh – Wonderland
What TLMT had to say: “So where does this all lead? Well, Wonderland is the unfolding of a story, part truth and part hope. Taken breathlessly over the course of fourteen songs i am niamh gives us a glimpse into her way of seeing the world around her. And much like it’s namesake the album traverses through wonder, regret, fear and desire eventually coming out the other side with feeling of understanding. Wonderland is an act of unapologetic imagination, something in short supply in music of late.”

12. This Other Kingdom – Telescopic
What TLMT had to say: “Telescopic works as a confident, foundation laying debut from This Other Kingdom. Flickering with real promise the album is only held back by the production’s lack of ambition. This point, coupled with the fact it’s the group’s first record, means that the group could very well deliver something very special in the future.”

11. Alarmist – Popular Demain
What TLMT had to say: “The ability to translate emotions and evoke memory from music is a difficult one, sure there are songs that we have an instant connection with due to our own experiences, but with Popular Demain Alarmist work from the ground up to create a record that has its own story buried deep within the twisting musical interplay. It’s not an album to passively listen to, but the reward for engaging with it is a lasting one.”

10. Little Xs For Eyes – Everywhere Else
What TLMT had to say: “Encapsulated within the indie-pop verve and bright shining production found on Everywhere Else, Little Xs For Eyes traverse the emotive twists and turns that make music, and life itself, so gratifying. Heartbreaking one moment, hopeful the next, the album delivers what we expect, want and need from art. Giving a voice to relate our own feelings and thoughts in possibly the most effective medium at our disposal, pop music.”

9. Anna Mitchell – Down to the Bone
What TLMT had to say: “Down to the Bone may not be the most musically inventive or challenging album you’ve ever heard, but it most definitely an honest snapshot of a songwriter conveying where they have been, where they are now and where they hope to be, and maybe the importance of this within music is something that gets overlooked in favor of brash stylishness from time to time.”

8. Naoise Roo – Lilith
What TLMT had to say: “In a music scene that constantly rewards the familiar and damns the alternative, it can be easy to forget how great this country is at producing songwriter’s with a voice that is completely their own. Naoise Roo reminds us that we must not ignore this essential characteristic. She has something to say, and we should listen.”

7. Stephen Young & the Union – Eagle Fort Rumble
What TLMT had to say: “Eagle Fort Rumble is a fine album. Stephen Young & the Union recreate the music that inspires them with aplomb and a clear love of the sound. But therein lies the flaw. Fans of southern-rock tinged songwriting/production will find lots to enjoy here, while those looking for more will be left wanting. And while I found myself in the latter category, I am a good enough critic to know the album ultimately delivers on what it sets out to do.”

6. The Annulments – Everything I Lost
What TLMT had to say: “A debut album with a lot of time and craft put behind it, Everything I Lost is a mature release for a first full-length outing. Inviting, and at times highly intriguing, the Annulments’ songwriting takes center stage in a record that lives and thrives by the stories it has to tell.”

5. Anderson – Patterns
What TLMT had to say: “Patterns is a completely charming and self-contained record. Everything about the album is a point of perspective, brought out by Anderson’s songwriting prowess. Feeling no need to hurry, the album contently goes along with the artist’s will, resulting in a record that takes it’s time saying what it wants to say, and never says what isn’t necessary.”

4. Elephant – Hypergiant
What TLMT had to say: “As natural and honest an album as we’re likely to hear this year, Hypergiant is the result of artistic expression and time. An album that hits home on an emotional level, while also giving us the room the re-interpret the meaning of it all for our own ends, Elephant’s debut is something very special indeed.”

3. Neon Atlas – Graffiti Reality
What TLMT had to say: “Succinctly portrayed in the record’s title, Neon Atlas’ latest offering is one that exists in a world of its own making, populated by howling guitars and breathy vocals, while also painting something new above the already established side-wall that is alternative-rock. Indeed, it sounds like exactly the type of album that Neon Atlas wanted to make, and with this in mind Graffiti Reality is a self-assured and welcome return.”

The Hedge Schools – At the End of a Winding Day

1. The Hedge Schools – At The End Of A Winding Day
What TLMT had to say: “Steeped in a serene, gently set atmosphere At The End Of A Winding Day is an album that takes its time in building the world it inhabits. A work of crafted musicianship and songwriting, the record is a complete experience and needs to be listened to as such. And while the music is in no-way a drastic reinvention of its influences there’s no denying the care and artistry that the Hedge Schools put into its making.”