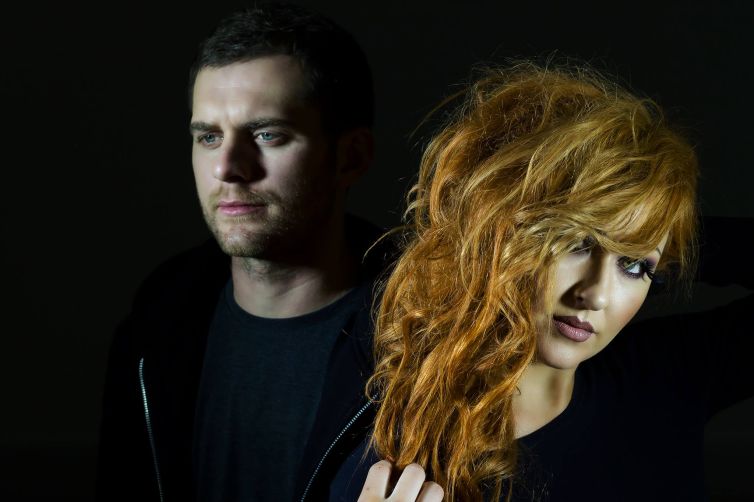 An electronic sound-and-vision record, Cut Once aim for all-out spectacle with their eponymous five-track debut. Populated by dazzling production, dense synth-lines and roaring vocals the music of Cut Once E.P. is one of wonder and technological artifice.

From the rolling rhythms and electrical buzzing of ‘Institution’ to the persistent synth pops and clicks of ‘Playing With Fire’, Cut Once E.P. is a record of isolated wired-in connectivity. Mirroring the world around it, the music crashes and urgently processes a full-on electronic attack on the senses.

That is not to say that Cut Once E.P. is without emotion. Indeed, the group brilliantly temper the visceral sound of the record’s opening tracks, with the gentle respite of ‘Colour Blue’ (sitting perfectly at the E.P’s halfway point).

Working as a dividing line, Cut Once slowly build-up the brooding from this point on with the full-scale glisten of ‘Forget About the World’ and the swirling finale of ‘Coat of Armour’. This gives the record an old-school “A-side/B-side” effect, a difficult task in the context of an E.P. but one the pair pull-off with ease. Due mainly to how they foreshadow this change throughout.

What has struck me about Cut Once since they first appeared on the scene several months ago is how fully formed they are. Usually a debut record suffers a myriad of teething problems, such as: rushed production or lack of identity. However this has never been the case for Cut Once, everything is where it should be. The production has depth, the vocals are confident and the music is crafted within an inch of its life. Indeed, the duo’s debut works as a blue-print of how a first E.P. should be done. With that in mind you can look beyond the basic expectations and start to see the ambition behind it all.

Cut Once E.P. is massive, delivered on a grand-scale and covering a wide-spectrum of moods and themes. A debut that transcends presupposition and expands into the unknown. What Cut Once do to top this introduction remains to be seen, but as first impressions go this is a lasting one.

Cut Once E.P. by Cut Once is due for release later this week.