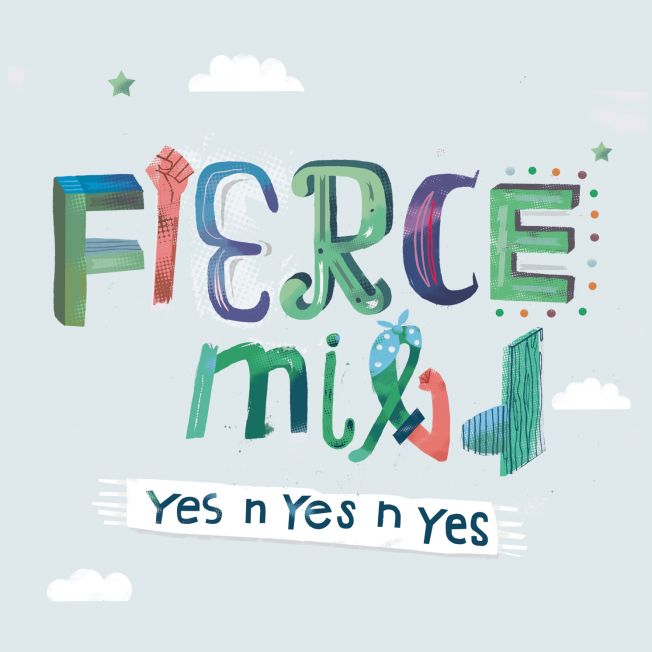 Teeming with crackling atmosphere and rattling percussion Fierce Mild’s debut is a perfect example of electric, jolting energy. Yes n Yes n Yes is very much a record with something to say.

From the battling beat of ‘Tracy’s Girls’ to the restlessness of ‘Small Talk’ the band create a grounded relatable sound that lays waste to reserved nothingness that dominates the charts at the present.

What is so striking about the Fierce Mild is just how quickly they capture the dissatisfaction and frustration of now while also delivering a promising look to the future with songs like ‘Equal People’.

This is where the trio really set themselves apart. In a world where dull, boring sameness is deemed to be the hallmark of success and rewarded with constant unrelenting radio play, Fierce Mild convey what is really happening not just musically but socially.

Yes n Yes n Yes is an utterly authentic record. Foregoing the clichéd post-modernist irony that many garage-rock acts lean so heavily on, Fierce Mild take the “put up or shut up” approach. Upfront, abrasive and gloriously feral the E.P is stripped bare of all pretense, leaving just the music’s pure rawness speak for itself.

Yes n Yes n Yes by Fierce Mild is due out on May 15th via Little Gem Records.