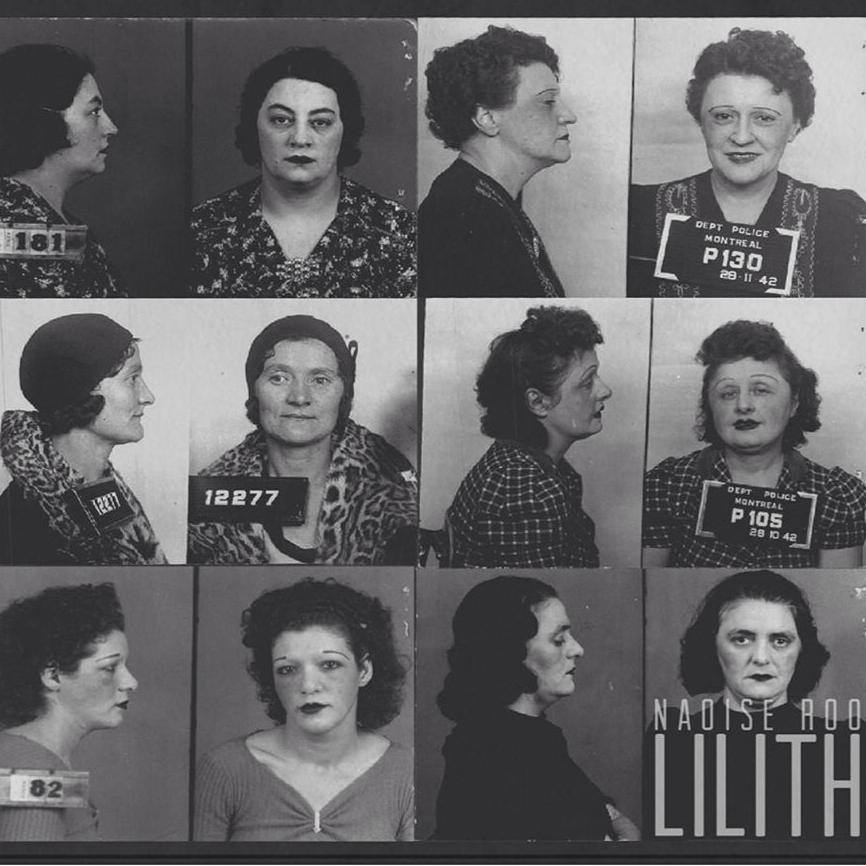 Lilith simply screeches, slithers, snarls and scratches its way out of the speakers. The entire mood of the album is one of biting darkness and powerful displays of controlled, broiling aggression.

Naoise Roo’s songwriting is assertive and does not bend or break to outside influences or conventions. In this way Roo makes an attention grabbing debut, as all of the music and performances found within Lilith sound worn and weather-beaten by real world experience. This is an album that insists that it be heard.

Through the turbulent dynamic thrust of ‘Stand In Black’ to the rhythmical bang and clatter of ‘Sheets’, Naoise Roo and her band inject atmosphere and depth into the album’s overall sound. But this texturally deep backdrop would be superfluous without Roo’s central performance.

In songs such as ‘Whore’ and ‘For You’, Naoise Roo embodies the essence of each lyric turn of phrase with brooding aplomb and elongated hissing tales of reverb. Twisting and intertwining herself into the music around her, Roo portrays each word in a way that captivates.

The fact that Roo has found her voice so early into her career is astounding when taken into context with many other debut albums (or even sophomore efforts). This strength gives Lilith a strong backbone to hang itself on, and bodes well for the artist’s future.

In a music scene that constantly rewards the familiar and damns the alternative, it can be easy to forget how great this country is at producing songwriter’s with a voice that is completely their own. Naoise Roo reminds us that we must not ignore this essential characteristic. She has something to say, and we should listen.

Lilith by Naoise Roo is out now via Little L Records.