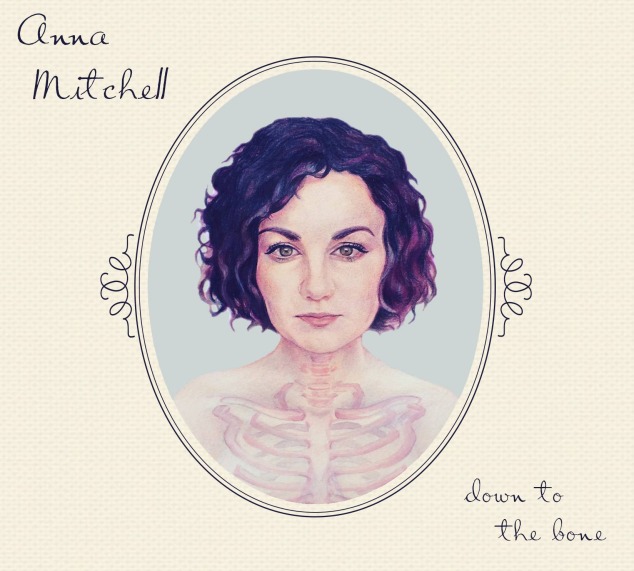 Cork based alternative-country artist Anna Mitchell makes a very personal introduction with her debut album Down to the Bone.

Opening with the slow-burning repose of ‘Paradise’ the raw emotion and lyrical pointedness of Anna Mitchell’s songwriting is perfectly set within the full-bodied backing production, setting the scene for Down to the Bone as an album.

Moving on from this Mitchell starts to incorporate definite alternative-country influences (‘Let’s Run Away’ & ‘What’s A Fool To Do’) that draw comparisons to Ryan Adams’ equally emotive recent L.P, as well as the more up-tempo hope filled folk seen in ‘When My Ship Comes In’.

With the production evoking the dark, night-drenched atmosphere’s of Dylan’s seminal Oh Mercy, the music howls and shimmers beneath Anna Mitchell’s voice creating a defined mood that keep’s Down to the Bone sounding cohesive and structured throughout the aforementioned slight tonal changes.

As reflective, honest and lyrically raw as its name would suggest Down to the Bone is a “genre record” in the best sense of the term. Using the lonesome, harmonically heart-breaking sounds of alternative-country music as a bedrock for the album to sit upon, Mitchell weaves a personal, emotive performance that dominates every inch of the record.

Down to the Bone may not be the most musically inventive or challenging album you’ve ever heard, but it most definitely an honest snapshot of a songwriter conveying where they have been, where they are now and where they hope to be, and maybe the importance of this within music is something that gets overlooked in favor of brash stylishness from time to time.

Down to the Bone by Anna Mitchell is out now.