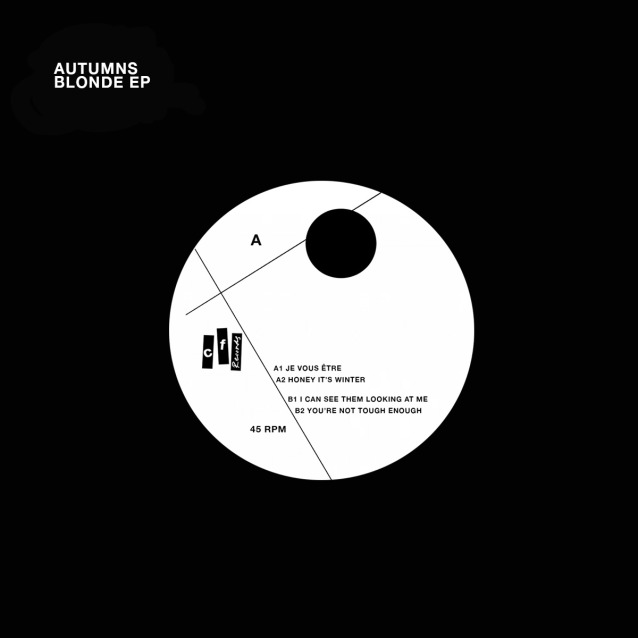 Opening with the fast-paced ‘Je Veux Être’, it becomes quickly apparent that there is a core wildness to Autumns music that underpins and stays with the record throughout.

Keeping this sound and burgeoning on the manic mood of Blonde Autumns jump from swaggering indie-rock of ‘Honey It’s Winter’ to the crashing twanging 60’s rock ‘n’ roll tinged guitars of ‘I Can See Them Looking At Me’ in the blink of an eye, all the while maintaining a cohesion in the record’s core sound.

Crashing and crunching with a darkly transmitting tone Blonde has a textural backdrop that dominates the music and creates a density that undercuts the indie-pop touches of Autumns music. This interesting sonic twist in the E.P’s overall sound is what makes each track not only blend together but also sound unique in their own right.

Blonde is a short sharp shock of a record, imbued with a cutting tonality and propellent alternative-rock sound the E.P. moves with Autumns’ inclosed musical atmospherics. A quite brilliant release from Derry man.

Blonde E.P. by Autumns is out now via CF Records.