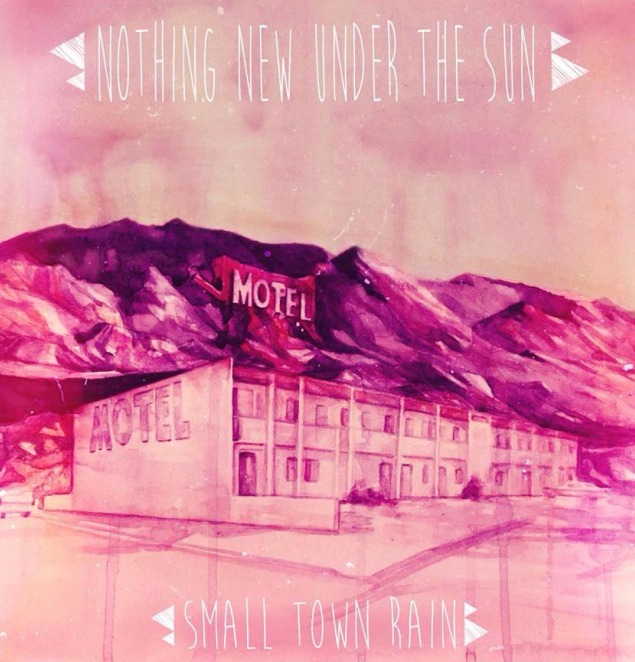 Cork folk-pop act Nothing New Under The Sun make a confident introduction with their debut E.P. Small Town Rain.

With a hazy clattering of rain the E.P. slowly fades into focus with its title-track. A gentle opening to the record, the song showcases the group’s strong foundation of harmonic texture.

Adding a sense of weight to Small Town Rain’s overarching sound, ‘Six Feet Down’ finds an exciting aggressive and dynamic underbelly to Nothing Under The Sun’s music. The song’s crescendo is a forceful and imposing highlight of the E.P. as a whole.

Continuing to the strong pop leanings of the E.P’s closing number ‘Carolina’, Nothing New Under The Sun’s clear talents as songwriters comes to the fore as the intertwining elements of their sound culminate in an evocative end result.

In terms of the record’s overall presentation, Small Town Rain covers all expectations. The music ebbs and flows with melody and pounds with a large-scale production that opens the scope of Nothing New Under The Sun’s sound when called upon.

However, there are moments in Small Town Rain where everything feels a little too pristine and could have benefitted from more grit and tonal shading, such as the finale of ‘Runaway Sun’ which does sound nicely composed but ultimately ends-up feeling too restrained.

Small Town Rain is an impressively realised debut record from Nothing New Under The Sun. While the band rarely move beyond the boundaries of their pop tinged take on the alternative-folk genre the E.P. does feel naturally composed and contains strong flourishes of more dynamically promising moments from the group.

A carefully crafted first outing for the Cork based five-piece.

1 comment on “Nothing New Under The Sun – Small Town Rain”