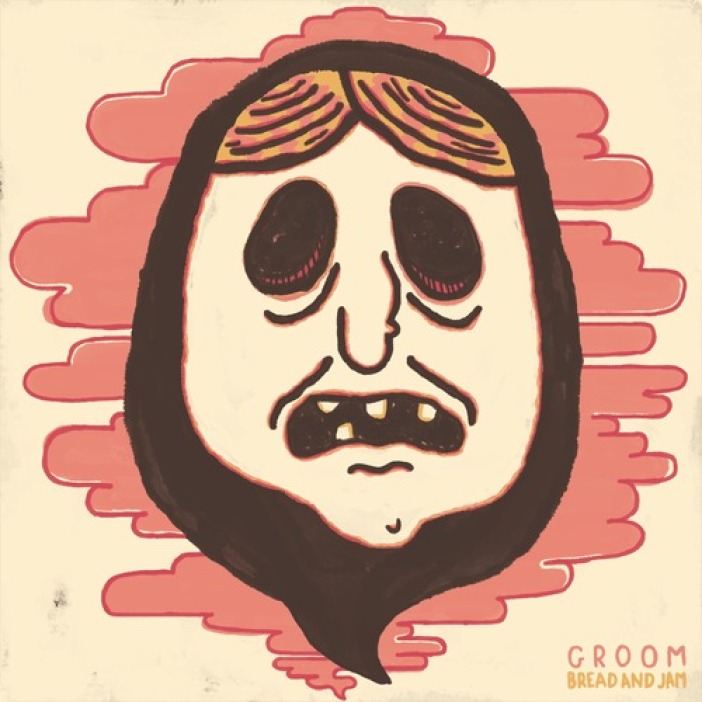 Groom return with their fourth studio album Bread and Jam. A joyous escapade into the band’s indie-pop sound.

The manic rock ‘n’ roll influenced intro and overall swagger of ‘Ronan Agus Aine, Ca Bhfuil Tu?’ starts the album off with a palpable burst of energy. Imbued with a vibrant urgency, the track works to set the jolting rhythmic feel of Bread and Jam.

Central to the gloriously ragged sound of the album is a musicality and lyrical intricacy that allows Groom to give the recordings a harder edge sonically. Shaking and rattling out of the speakers, songs such as ‘Charlie O’Loughlin Fuk Dat Shit’  and ‘Colours’ highlight this approach as the pounding indie-pop music underscores the fast paced vocal delivery.

As Bread and Jam continues to develop, so do the quickly interwoven elements of Groom’s sound. Furthering the evolving nature of the album ‘The Old Songs’ gives a brief respite before continuing with more driven sound of the rest of the record. An important moment in the L.P. as this slight fall in tempo alludes to the more reflective tone that appears in the closing tracks ‘Don’t Listen to the Voices’ and ‘1995’.

Indeed this pivotal point in Bread and Jam is imperative to its success. After the real blast of intent that introduces the album Groom run the risk of this urgency beginning to engulf the record itself. Resulting in songs becoming lost in the blur of the frantically paced opening half of the record.

Bustling with several head turning tracks Bread and Jam contains an undeniable indie swagger that makes it impossible to ignore. Setting themselves apart, Groom play with tempo, dynamics and lyrical precision to deliver a simply infectious album. A future must have in any indie-pop aficionados collection.

Bread and Jam is out on August 9th via Popical Island.

6 comments on “Groom – Bread and Jam”