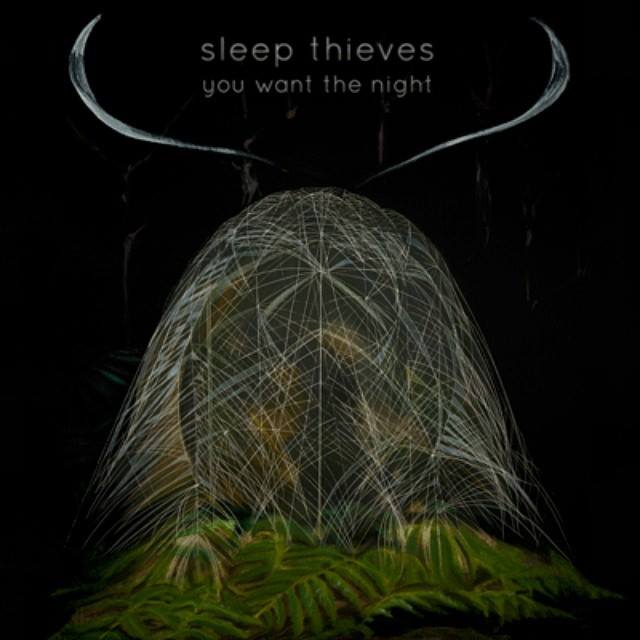 Beginning with the ominous slow fade of pulsing synthesizer found on ‘City of Hearts’, Sleep Thieves gradually open the sonic scope of You Want the Night. Giving a glimpse of what is to come, the flourishes of vivid beauty that populate the track’s engrossing finale captivate and showcase the sheer depth of field found within the album.

From this point forward Sleep Thieves’ dramatic, evocative and immense music takes hold and never let’s go. Pulling the listener further into the vast neon soundscapes of title-track ‘You Want The Night’ and the slow-burning feel of ‘French Kiss’ Sleep Thieves subtly build the album’s atmosphere and mood.

‘Sparks’ provides the perfect encapsulation of how You Want The Night can capture the imagination so affectively. A crisp crack of snare underscored by interwoven percussive and melodic synth parts sit brilliantly beneath Brennan’s whispered vocal that grabs the attention, holds it and takes it through a cavernous landscape of sound and emotion.

All of this leads to the album’s stark, brooding closing section ‘Tusk’ and ‘Casiotune Lover’ whose stripped back sound works due to the grandeur and broad sound that preceded it. This in-built sense of aspect perfectly highlights Sleep Thieves deft talent for creating an over-arching tone to not only these songs, but the album as a whole.

Indeed the entire L.P plays like a piece in and of itself with each track blending into the next, almost containing its own central musical narrative led by Sorcha Brennan’s hushed vocal that powerfully translates the heart-wrenching emotive weight of the album’s succinct, pin-point lyrics.

You Want The Night is an experience of dynamic peaks and troughs, lyrical twists and turns, sonic beauty and serenity all of which carried across by a band who have a definite deep understanding for their own sound and know exactly how to convey it. Without a doubt Sleep Thieves’ You Want The Night is one of the great début records of our time. Monumental.

You Want The Night by Sleep Thieves is out now.

6 comments on “Sleep Thieves – You Want The Night”