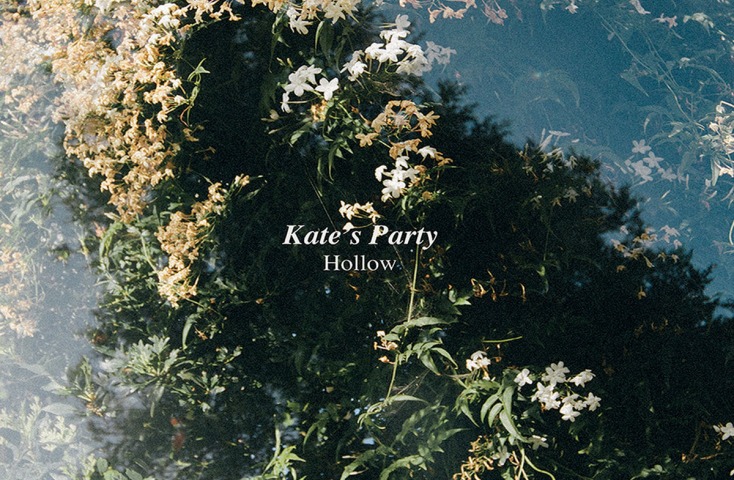 Hollow is the début album from alternative-rock trio Kate’s Party. Infused with a pulsating sense of urgency and emotion the record captures a band in the midst of energetic creativity.

With the opening percussive echo of ‘Welcome To Seahaven’, the recording rumbles with melded textures of fuzz laden guitar and pounding drum patterns. Showcasing Kate’s Party as a group with grounded pop sensibilities the song contains a strong melodic root that maintains it’s hold throughout Hollow.

More hook-laden tracks such as the emotive ‘Paper & Glue’ and the frantically paced ‘Picture Me’ highlight maturity in the group’s song-writing as Kate’s Party never deviate from the succinct punk aesthetic that permeates from the band’s music. Through this well-crafted approach the group side step many of the pitfalls that are indigenous to début albums, with the trio maintaining a deep sense of focus that keeps Hollow sounding cohesive.

However, it is in the deep repose of ‘Hallenbad’ that the real sense of scope and talent behind Kate’s Party becomes more clear. Interwoven harmonic textures, dynamically moving passages and constantly evolving melodies blend into vast soundscapes that open the album’s sonic spectrum up in its final moments, giving Hollow a sense of aspect stylistically.

It is with this track that the band shed the, at times, more conventional aspects Hollow and give a real sense of where the group can move artistically in the future.

With Hollow Kate’s Party provide a début release that is both mature and relevant. The trio’s sense of structure and tone holds throughout the record and with the brilliant finale of ‘Hallenbad’ the band leave a real lasting impression that is hard to ignore.

Hollow by Kate’s Party is out now.