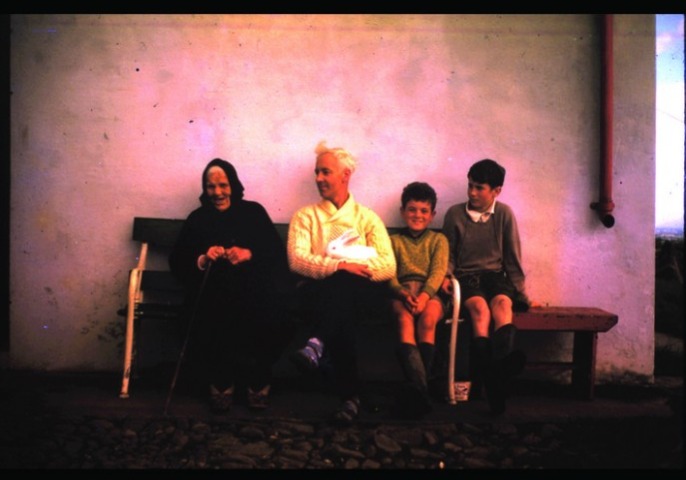 Deaf Joe successfully avoids the “sophomore slump” with From the Heights of a Dream, a sonically daring album that captivates from beginning to end.

In the opening gritty pounding of ‘For Each & Every One Of Them’ the deeply textured aesthetic of From the Heights of a Dream’s is firmly established. Infused with a slow-burning, unrelenting percussive tone Deaf Joe conveys the palpable sea-change his music has undergone since Burrowings, while still maintaining the core characteristics that populate the artist’s individualistic sound.

The sheer openness of the soundscapes explored by Deaf Joe throughout From the Heights of a Dream are deftly handled and shaded through the musician’s sense of harmonic texture. ‘For The Skulls And The Bones’ highlights this ability most effectively with the artist translating an isolated, aggressive atmosphere that shudders and permeates within the recording’s monochromatic sound,  interspersed with subtle pops and clicks of sound that shimmer beneath.

However, it would be misleading to simply look at From the Heights of a Dream and Deaf Joe’s evolution in terms of the vastness of the album’s sonic spectrum alone. The songwriting that forms the L.P’s core also showcases the carefully constructed talent that composed it. The title-track’s melodic structure and hushed vocal delivery resonates emotionally and melds with the music’s howling backdrop, while Deaf Joe expressionistic lyrical content works to verbally convey the album’s thematic influences.

Contextually, From the Heights of a Dream is an album that needs to be experienced as a whole, as each track leads and blends into the other, therefore making the L.P an “album” in the truest sense of the word, rather than simply a collection of songs put in order.

Sonically diverse while still maintaining a sense of cohesion From the Heights of a Dream is the quintessential second album that drastically develops Deaf Joe’s sound without ever feeling disingenuous or forced.

From the Heights of a Dream by Deaf Joe is out now.

3 comments on “Deaf Joe – From The Heights Of A Dream”