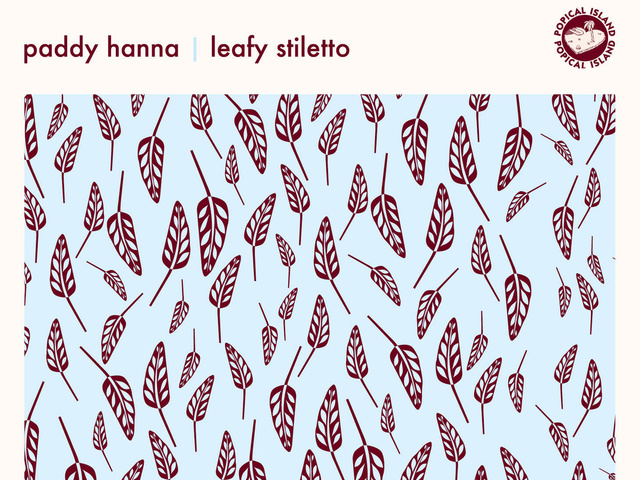 The debut solo album from Irish singer-songwriter Paddy Hanna, Leafy Stiletto is an expressionistic affirmation of the musician’s outstanding talent.

Opening with the slow soft fade of ‘Rosslare Tapes’, Hanna and his band interweave and move around one another melodically creating a pulsating backdrop for the songwriter to convey his lyrical musings upon. With this introduction, Paddy Hanna establishes the lush, organic mood of Leafy Stiletto.

Continuing with the percussive blend of alternative-pop and folk tracks such as ‘Join The Army’, Hanna translates his ability to delivery hook-laden choruses while still maintain the vast scope of his succinct and captivating, observational writing. Indeed the affective simplicity of the artist’s approach to his lyrics create a world and an atmosphere that is completely in and of itself.

Opening the textural vastness of the album sonic scope, the trembling growl of ‘Mind’s Wearing Make Up’ and the quirky synth of ‘Heaven of Heavens’ introduce a wider spectrum of sound and texture to Leafy Stiletto.

However, it is with the track ‘Barry White’ the sheer scale of Paddy Hanna’s talents can be found. Serving as the record’s high-water mark the succinct nature and attention to detail blends together all of the elements that make the songwriter’s music so captivating. The pounding aesthetic of the song’s rhythm section moves and punctuates each lyrical twist in Hanna’s delivery to provide a recording of outstanding structure and form.

Harmonically, melodically and lyrically engaging from start to finish Leafy Stiletto is an album of thematic and cohesive brilliance, and with this debut Paddy Hanna has made the best possible first impression. Stunning.

Leafy Stiletto by Paddy Hanna is out now via Popical Island.