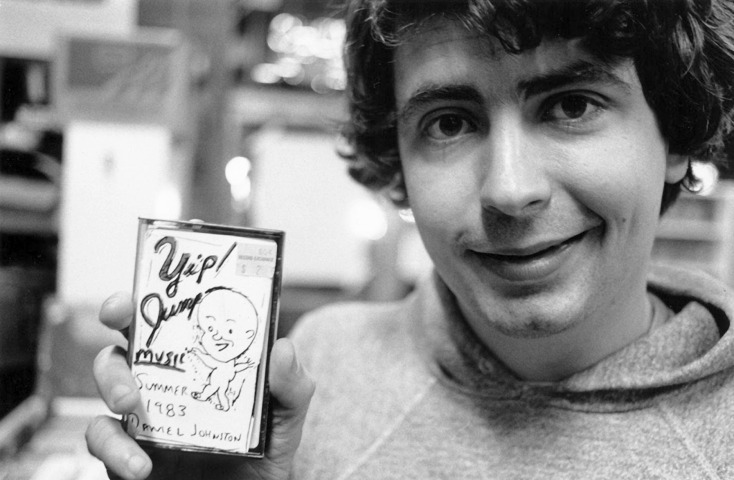 Next Tuesday, May 6th will see an event entitled After Silence presents: An Evening With Daniel Johnston at Filmbase in Dublin.

Taking place as part of Green Ribbon’s campaign to get people talking about Mental Health this May, the event will highlight one of America’s most individualistic songwriter’s Daniel Johnston through a screening of the acclaimed music documentary The Devil and Daniel Johnston.

An honest, in-depth look at Daniel Johnston’s life from childhood to the time of the film’s making , the documentary takes particular emphasis on the musician’s experiences with bipolar disorder. Directed by Jeff Feuerzeig the film won the Documentary Directing award at the Sundance Film Festival 2005.

As well as a special screening of the documentary, Feuerzeig will hold a post-screening Q & A session via Skype. While a pre-recorded interview with Daniel Johnston will also play on the night.

Also performing will be musician Bobby Aherne, known for his work as part of No Monster Club, Ginnels, Women’s Christmas and Grand Pocket Orchestra.

An Evening With Daniel Johnston will be presented by After Silence, a group who aim to promote Mental Health awareness using music. For more information on the night visit the events Facebook page.

UPDATE: Singer-songwriter Paddy Hanna has also been confirmed to perform on the night. Hanna’s début album Leafy Stiletto has established the artist as formidable storyteller in an album that could very well be seen as one of the albums of the year come December. Read theLastMixedTape.com’s review here.