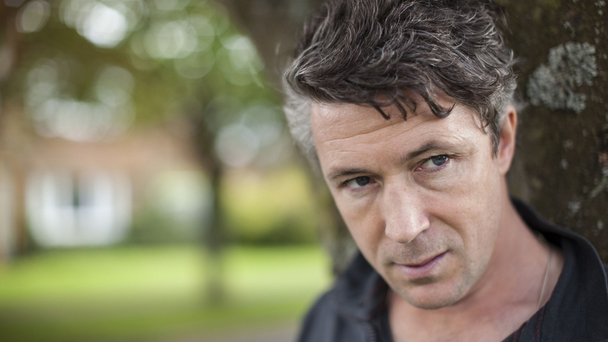 Acclaimed Irish-actor Aidan Gillen stars in the latest music video from Dublin band I Draw Slow for their single ‘Valentine’.

Directed by Hugh O’Conor, the swaying aesthetic of the video moves voyeuristically through its crowded setting as it follows the relationship between vocalist Louise Holden’s character and Gillen’s (The Wire, Game of Thrones, Mister John) chain-smoking drunk.

Passively capturing the heartbreak and loss felt within the alternative-folk outfits pulsating track, the tense atmosphere and dramatic build of the video’s narrative is perfectly juxtaposed by the vibrant haze of the Hacienda Bar on Little Mary Street, which is brilliantly utilized to give the video an intimate and cohesive mise en scène for both Gillen and Holden to dominate with each glance.

Unrelenting in its focus, director Hugh O’Conor moves his camera around his actors while never fully leaving their side, keeping the viewer engaged, almost caught in the characters emotional struggles and subsequent finale.

Stylistically shot, composed and acted, O’Conor’s interpretation of I Draw Slows’ scratching folk-tinged single encapsulates the subtlety of the music with well paced and time imagery.

Watch I Draw Slow’s new music video for ‘Valentine’ directed by Hugh O’Connor and starring Aiden Gillen by clicking on the video above.

2 comments on “I Draw Slow – Valentine”