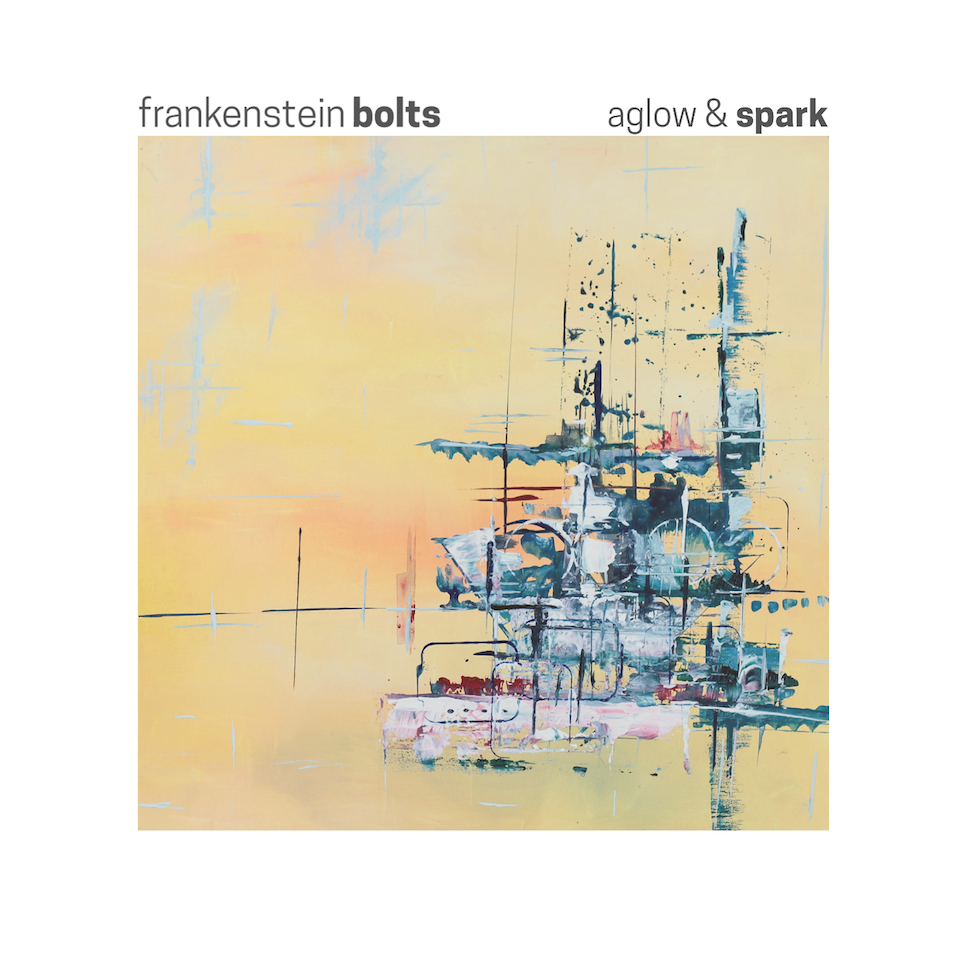 Aglow & Spark is a dreamlike record. Crafted to be listened to as one whole piece, rather than fragmented songs or singles, Frankenstein Bolts latest offering is an album in the truest sense of the term.

The opening subdued screech of ‘Land & Water’ sets the heavy textured tone of Aglow & Spark (one the threads itself throughout the record). Coming in at nearly seven minutes, the track also purposefully commits to the patient atmosphere that allows the Wexford-based band the time and space to explore the album’s far-reaching production.

The more melodic melding of ‘Human Hands’ and ‘Night Whispering’ both play into the laid-back dream-pop milieu of Aglow & Spark, once again solidifying the album’s cohesive sound. While the rhythm-based weaving of ‘Anatomic Major’ stands out as the moment when Frankenstein Bolts lock everything fully into place and provide what is the record’s high-water mark.

Aglow & Spark will be divisive. So patient and serene is the setting, that those looking for a more immediate or dynamic impact will be left feeling frustrated by the lack of either. While in contrast, those wanting to drift in the depths of some well-constructed dream-pop will find much to enjoy. Personally, I reside somewhere in between, drawn in by the far-off sound of Frankenstein Bolts but occasionally wanting something dramatic to rise from the textural undercurrent (especially during the closing moments of ‘Short Term Memory’ that nearly does just that).

There will certainly be more bombastic, attention grabbing albums released this year. So much so that the subtle soundscape building of Aglow & Spark may get lost in the shuffle. However, this would be a pity as the record is definitely deserving of considerable attention and time. Indeed for those with the patience and appreciation for the tranquil characteristics of dream-pop (a genre that gets overlooked within the Irish music scene for the reasons stated above), the deep textures and gentle nature of Frankenstein Bolts will make for a wholly satisfying experience.

Aglow & Spar by Frankenstein Bolts is out now.