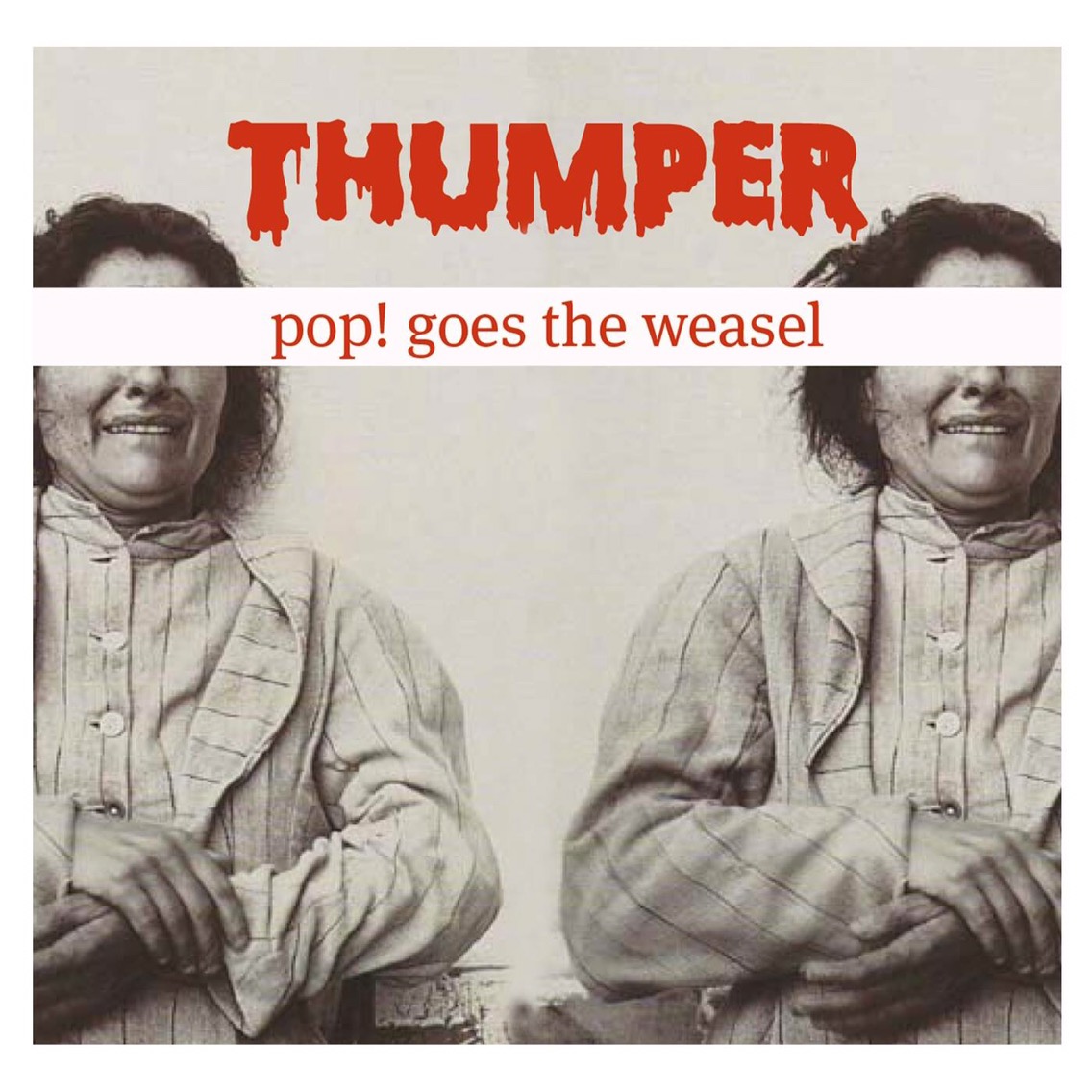 Thumper’s rip it up and start again approach, quite possibly makes the best use of the lo-fi milieu than other bands mining the same territory. Instead of sounding like the distorted crush that engulfs the record is a result of a restricting production, the music of Pop! Goes The Weasel seems to be so noisy and so cacophonous that it cannot be contained and therefore starts to crumble sonically (see the low-end crunch of ‘The LOSER’).

Three E.P’s in and Thumper continue to hone down their noise-rock bombast. Sounding in control of the the loud, dynamic force that is their music than on previous outings, Pop! Goes The Weasel maintains what has been key to Thumper’s artistic success, that at the core of the all this noise is great songwriting.

From ‘The Loser’ with its instantly infectious melody line, to ragged indie-pop of ‘Fear of Art’ and the relatively gentle ‘The Part I Always Leave Out’ Thumper seem to have found the right balance. There’s never any point where the record’s lo-fi production becomes too alienating or begins to sound like a cover-up for simply bad songwriting (a tactic employed by more than a few bands) instead, the noise enhances the songs and draws the listener in with each hook and beat.

So where does this all leave Thumper? Well, by this point the group have delivered three very strong E.P’s with Pop! Goes The Weasel being the most mature of the bunch, and on the live scene, they have also continued to shine. Thumper is a band on the cusp of something, a breakthrough into the mainstream by their own terms? We can only hope. But if this E.P. is anything to go by, Thumper are ready. It’s up to us a scene to listen.

Pop! Goes The Weasel by Thumper is out now.