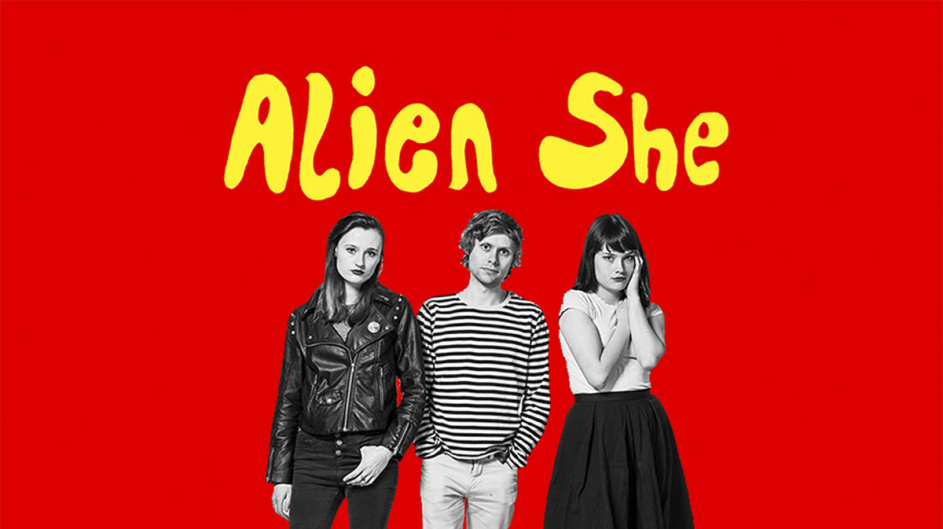 Feeler is garage-punk that finally gets the punk aspect of the term. While the music of Alien She’s rough and ragged debut certainly has the chanting thrash of a garage record, the trio also adds some much-needed backbone and atmosphere to the album’s overall sound.

Indeed, Feeler sits on a bedrock of texture and solid, persistent rhythm that edges towards post-punk territory. ‘Feed Me’ is possibly the best example of this merging of trashy punkish abandon and sprawling brooding undertones.  Distant synth lines give a sense of background to the upfront vocal shouts and unyielding rhythm section, adding to the sense of authenticity that permeates throughout the album.

And this continues as Alien She utilize their influences more like flourishes rather than references, that they can create a mood with. Songs like ‘Cover the Holes’ and ‘Solitary’, a stand out track on Feeler, are honestly original sounding because of this (think the pointed impact of early Sleater-Kinney produced by Martin Hannett circa Closer). There’s a lot going on, and the trio makes great use of this atmosphere to really leave a lasting impression.

There’s a lot going on in Feeler, the grounded sensibilities of the lyrics also play into the album’s impact. The malaise and frustration underlined in ‘No Way Out’ coupled with the jangled music perfectly sets the tone, showcasing how intertwined the meaning and the delivery are to the band. It’s this use of atmosphere that leaves a lasting impression.

Alien She are everything I like about modern garage/punk, and Feeler is an album I’m already pre-disposed into liking. Raw but standing on a solid sonic foundation, the trio’s debut outing is a compelling sign of things to come.

Feeler by Alien She is due out on July 15th.