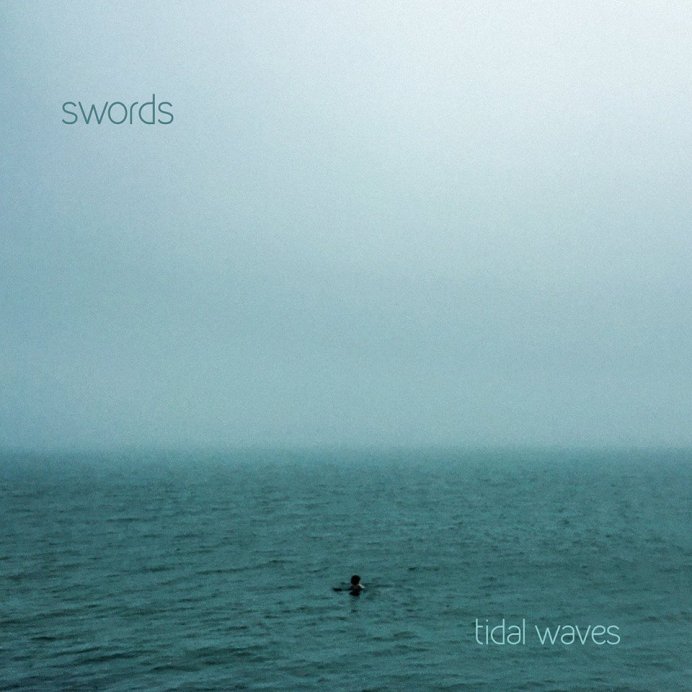 There’s a haze that lies upon the music of Tidal Waves. An album glistening with icy atmosphere, Swords second full-length record is one of deep electronic atmospherics wrapped in real emotion.

As a piece Tidal Waves centres itself around the past, regret, and dark reaction. Indeed, the inner contrasts that make the album work can best be seen in the fuzz-laden snarl of ‘Betty Machete’ and the chiming gentle shimmer of ‘The Letter’. Two very different songs, surrounded in the same production and occupying the same record, these stand-out tracks carry across the deep-seated emotion that characterizes Tidal Waves, but in two contrasting ways.

In this way Tidal Waves sounds and feels like a far more thematic record than its predecessor Lions & Gold. Concerning themselves with building a larger experience, Swords leave songs like ‘Sixty Thousand Years’ room to breathe, in order for the larger swells of texture that the band are capable of (see:’Battle’) have more of an impact. Meaning the group’s sophomore is one big moving piece, rather than a selection of individual singles, and benfits from being listened to as such.

A emotionally meloncholic album, Tidal Waves finds Swords looking to create a bigger picture musically. And with its atmosheric production and the trio’s emotive songwriting the record does just that and more besides.

Tidal Waves by Swords is out now.