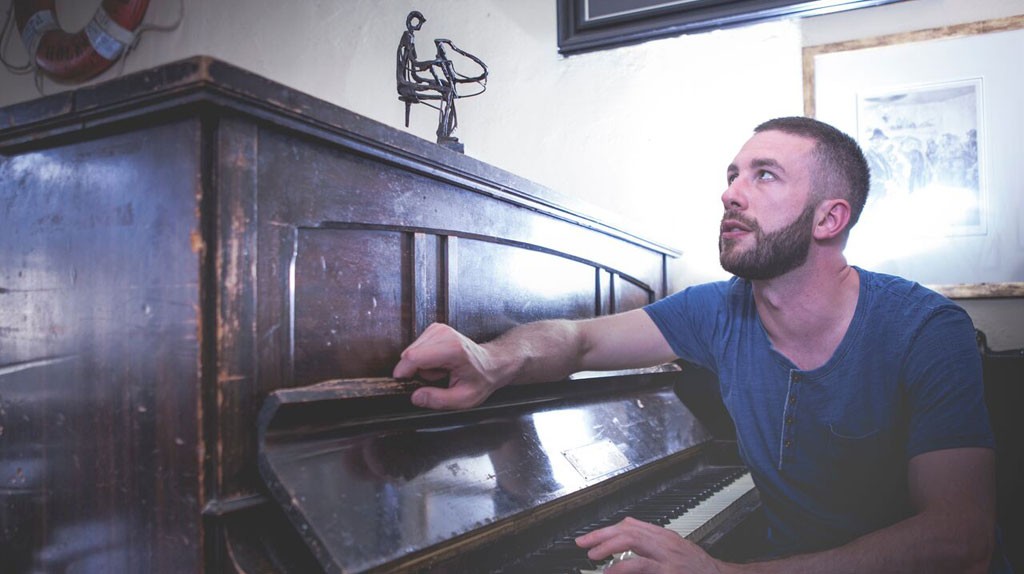 “Nostalgia’s gonna floor ya” croons Jack O’Rourke during the opening moments of Dreamcatcher, in a lyric that serves as a warning for both the songwriter and the listener. Because O’Rourke’s debut is a record forged in the past and shaded by the selective haze of distant memory.

Throughout Dreamcatcher we take a journey into Jack O’Rourke the artist and the man. A fact that makes the twilight touched production feel all the more sentimental and grand, in comparison to the intimate words expressed. This wonderful contrast means songs like ‘I’ll Forget You In The Morning’ have an added sense of wonder, and more importantly stops the album from becoming too introspective or dark.

Indeed Dreamcatcher is an album that knows when to swing for the fences, see the bombastic joie de vivre of the baroque-pop masterpiece ‘Naivety’ or the fun fuzz-laden nod of the head to Bowie ‘Iggy’, and to opt for a more nuanced restrained sound, look to the weighty strings and pensive piano of ‘Silence’.

And it is ‘Silence’ where both Jack O’Rourke and Dreamcatcher really come together. Everything about the album and it’s creator is summed up in just how the music and the words punctuate each other. Here comes the past again, “the boy asked for kitchen toys from Santa Claus, no need for John Deere’s”, this time the memory is less hazy. Things are clear, and so to is the music. The melody stands alone and undisturbed, while the strings simply stand back to allow O’Rourke say what needs to be said.’Silence’ is a song that needs to be sung, that much is clear. “To break out in song, without sounding wrong”, says everything about what Dreamcatcher means to the artist and the person. Sometimes understanding is all you can ask for in an album.

Dreamcatcher by Jack O’Rourke is due out on September 23rd.