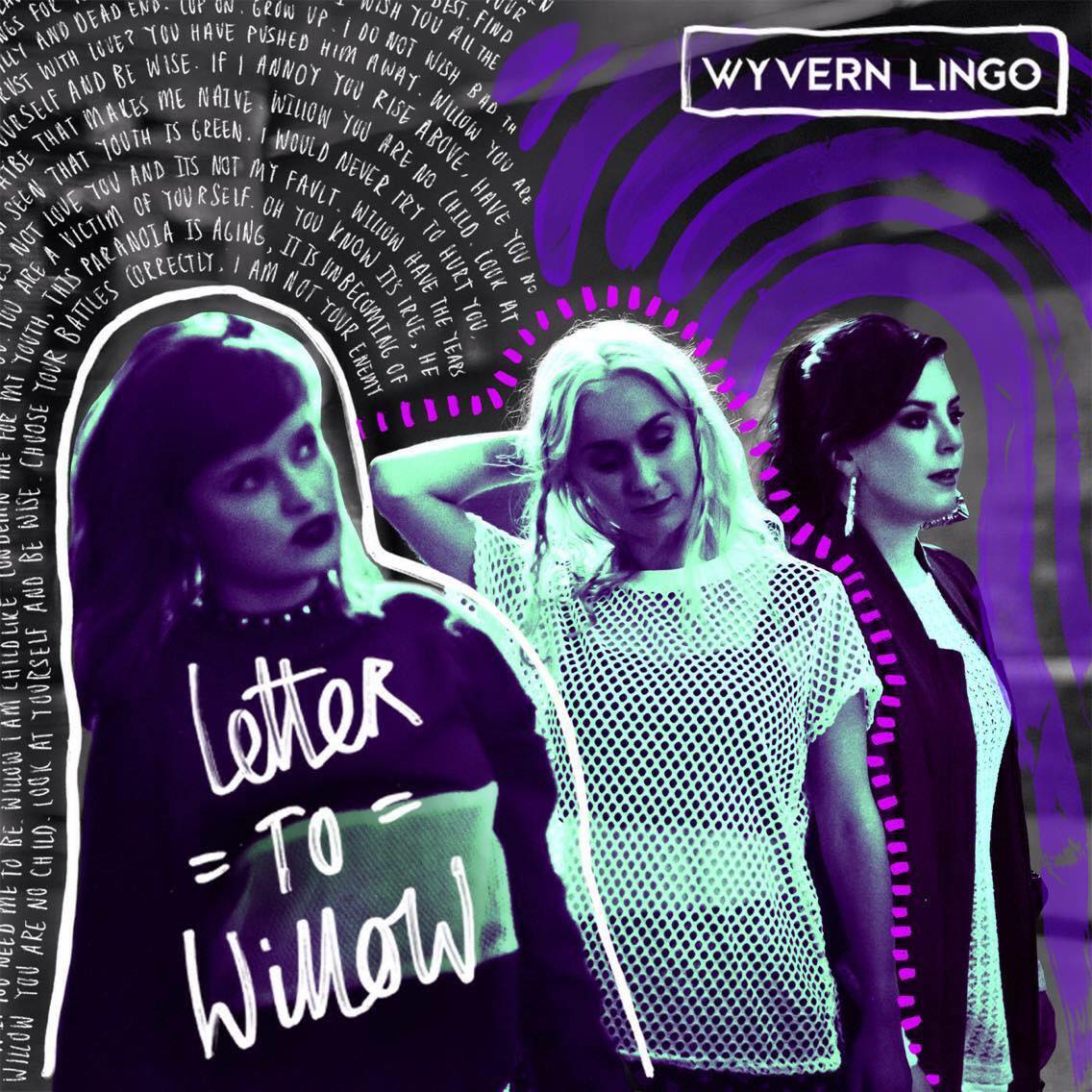 I think you have to listen to Wyvern Lingo’s Letter to Willow on constant repeat. There’s a lot to unpack between the group’s sharply defined change in sound and the bustling alternative-pop production of the record itself.

When I listened to it first I couldn’t help but be overcome with excitement by just how much has changed since the trio’s folk tinged debut The Widow Knows. Bands often undergo stylistic and sonic shifts early in their careers, sometimes changing their entire character in the process, but few have done it as perfectly as Wyvern Lingo have on Letter to Willow. They have grown as people and as musicians since their first outing, and it shows.

Letter to Willow is a statement. It’s an affirmation of who and where Wyvern Lingo are right now. From the buzzing intro and big pop inflected chorus of the record’s title track, the E.P. is the sound of band in the midst of great creative inspiration brought on by simply making the music they want to make.

As Letter to Willow continues so too does Wyvern Lingo’s insistence on pushing their own songwriting forward. ‘Subside’ has a defined sensuality to it, while ‘Running’ incorporates slight shades of R&B into the trio’s sound.

That being said, the most gratifying point of Letter to Willow is how  Wyvern Lingo have dismantled their previous folk influenced sound. Stripping away the elements no longer needed, the three-piece have kept the essential vocal harmonies that made their debut so compelling and added them to a more ambitious music.

So why listen to Letter to Willow on repeat? For me, their is a depth of creative marvel on display from the record that requires multiple listens to grasp the entirety of. Indeed, by the third or fourth listen I was no longer reviewing but simply enjoying the whole experience of the E.P. itself.

Time changes us all and we must move with it or become prisoners of the past. Wyvern Lingo have chosen to push forward, plowing further into exciting new territory. All the pieces are in place for the group’s first full-length album, I will await with great expectations.

Letter To Willow by Wyvern Lingo is out now.