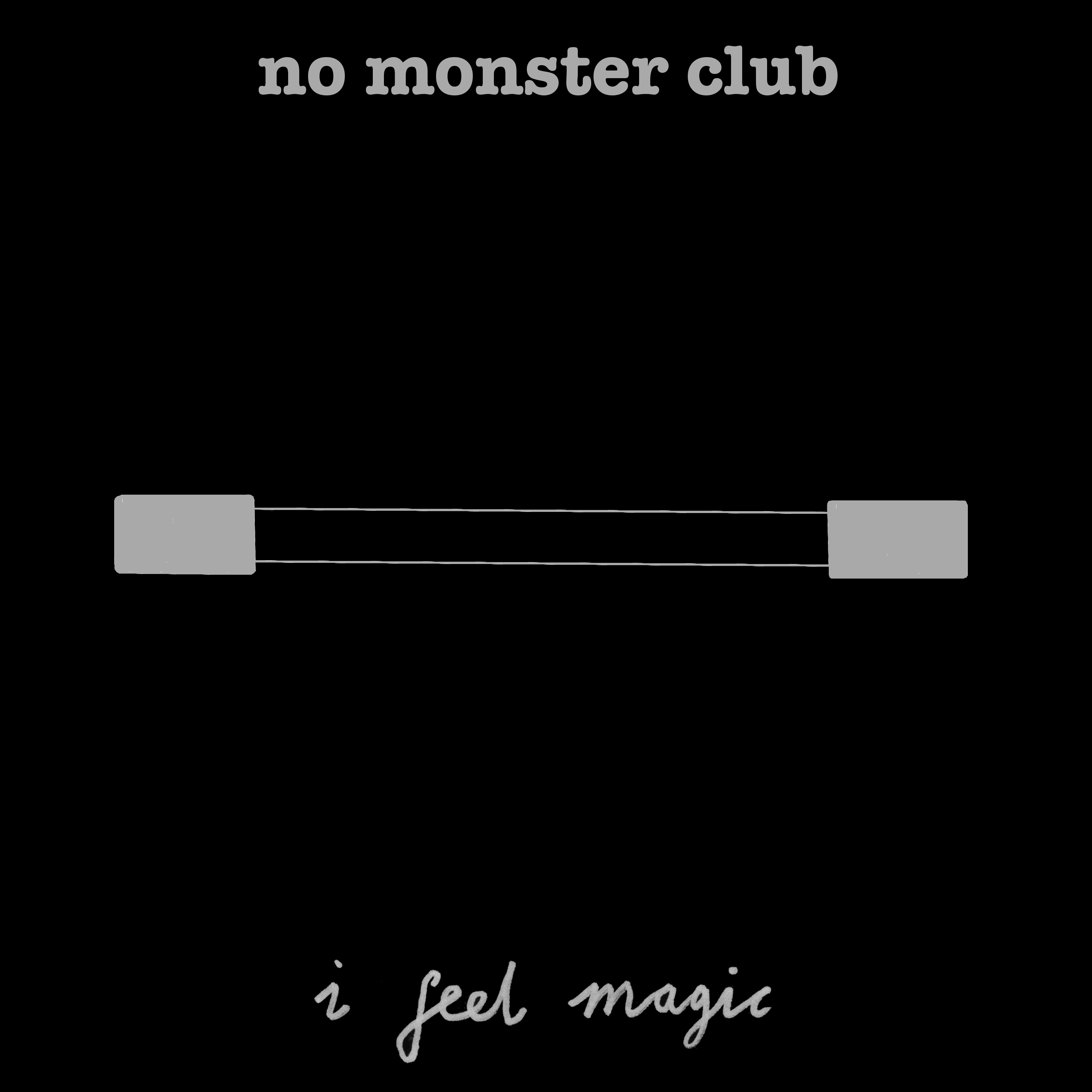 Listening to No Monster Club’s  I Feel Magic for the fourth time, I was hit by just how much the album has to offer. As record’s go, Bobby Ahearne’s latest L.P. is a treasure-trove of musical oddities and curios, and one that reveals new sounds and elements with each play.

As with all No Monster Club album’s,  I Feel Magic is put through Ahearne’s own special filter. Both the lyrics and the music are twisted into shape, then torn apart and reassembled. Resulting in the off-kilter indie-pop sound of the album.

That’s not to say I Feel Magic is incoherent. This album, perhaps more than other No Monster Club records, is narrative. Both ‘Sion’ and ‘Lemonade’ find Ahearn writing about specific moments in time or crossroads in his life (Now I’m singing at the Pop Inn – gonna get this record done. Am I moving to the suburbs or sailing to the Sun”).

In this way I Feel Magic feels more cathartic than People Are Weird which seemed more regenerative. Coupled with a playful production that incorporates lo-fi and indie-pop, songs such as ‘Drinking at the Doldrums’ carry more weight in the juxtaposed world of No Monster Club’s music.

I couldn’t help but smile the way though reviewing this record. I Feel Magic s is playful, inventive and personal, and wholly gratifying to listen to because of it. Bobby Ahearne is a underated songwriter on the Irish music scene, but I Feel Magic proves he’s possibly one of our most essential.

2 comments on “Review | No Monster Club – I Feel Magic”