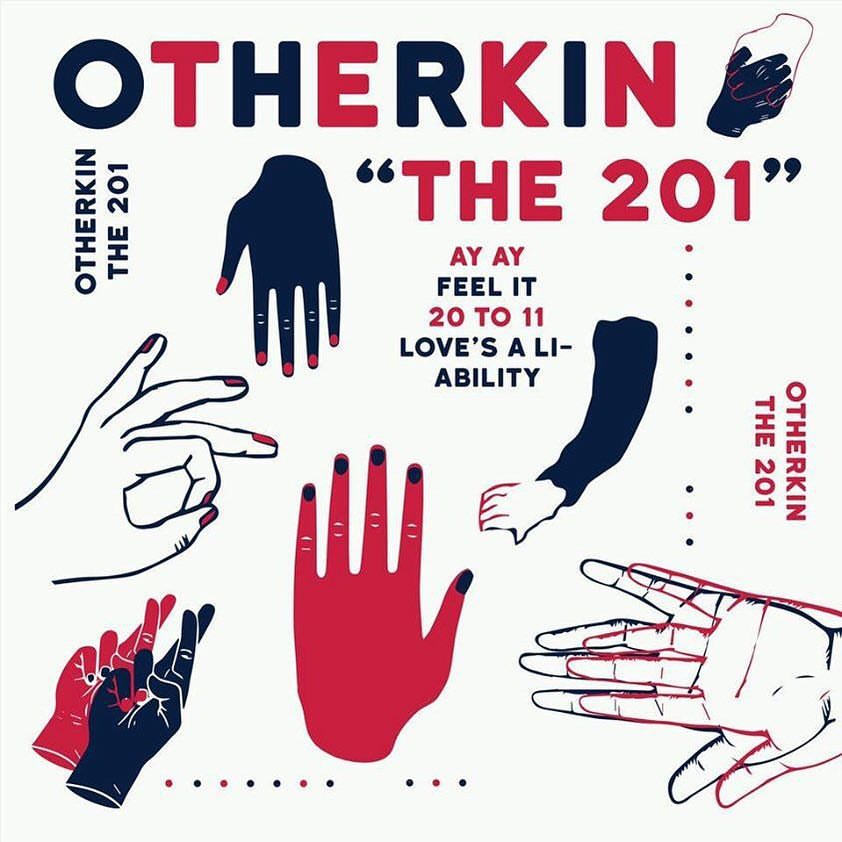 The 201 comes as a refreshingly abrupt about-turn from Otherkin. While their debut E.P. As A High (Read TLMT’s full review – here) showcased an alternative-rock growl, the group’s latest record finds them hitting their stride and finding their sound.

This is in no small part to the inclusion of more pop-like elements to the grungier guitars and screeching indie verve of Otherkin’s music. From the outset tracks like ‘Ay Ay’ and ‘Feel It’ make no apologies for the upfront hooks that propel them forward. Indeed, these songs are crafted to be infectious and are exactly that.

There’s more of a spring in the step in the way the music is performed. You can almost hear how much fun Otherkin are having playing off one another, resulting in the bouncing grunge-pop sound becoming instantly engaging to listen to.

The succinct, stripped down, straight-up rock ‘n’ roll of the 201 also works in its favor. Otherkin have removed any filler from the E.P, meaning two-minute pot boilers such as ’20 to 11′ zip along at an almighty pace to leave the four-track record feeling sleek.

It’s deeply gratifying to watch a band grow from one release to the next. In this way Otherkin have changed their direction without completely deviating from what made them so attention grabbing before. Yes the 201 is poppier than the band’s earlier work but that doesn’t mean they lost touch with their indie roots, they’re still firmly in place and now have a sense of direction.