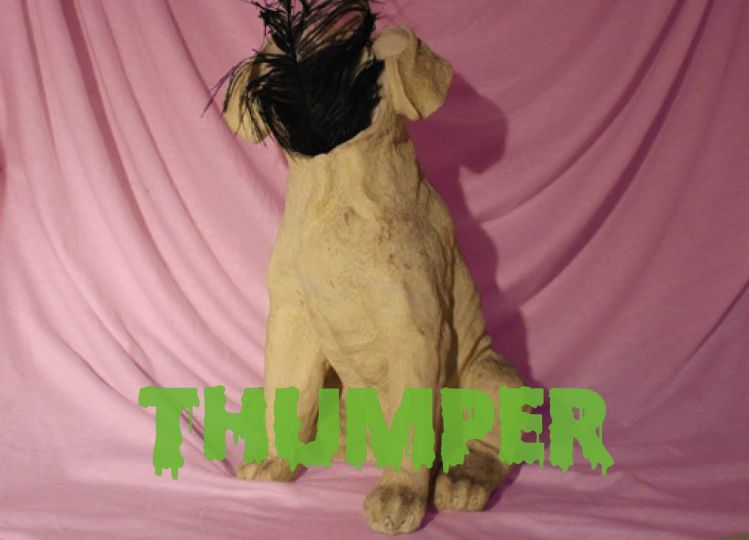 THUMPER E.P. is not a record that concerns itself with definition, but instead looks to erode from the inside out with lo-fi noise, stripping the music back to its bare elements. However, this act has almost the opposite effect as the more the E.P. crackles and distorts the more you are drawn in to it, and begin to search for all the now torn apart remnants of guitar and vocal melodies.

This seems to be the point of it all. THUMPER are a band adept at alluding to the backbone of their songs, all the beats, strums and words are all there and accounted for. But instead of presenting them in big-widescreen production (which would be entirely possible) they rip and tear it at the seams, which only adds to the interest.

Through songs like ‘The Bathroom Floor’ and the jangling opener ‘Lonesome Freak!’ we get brief moments of clarity before the all-encompassing force of the band’s garage-rock and noise influences take over. With such a level of lo-fi sensibilities permeating the record it should be near impossible for the E.P. itself to be considered “catchy”, but it is. The hooks are still there, just buried deep.

It is that distinct factor that separates THUMPER from the plethora of noise-rock bands beginning to fill the genre of late, and it’s an essential one. Knowing how far you can go, is something not all groups understand so early in their career and THUMPER seem to know it. A short, but very promising introduction.

THUMPER E.P. by THUMPER is out now via bandcamp.