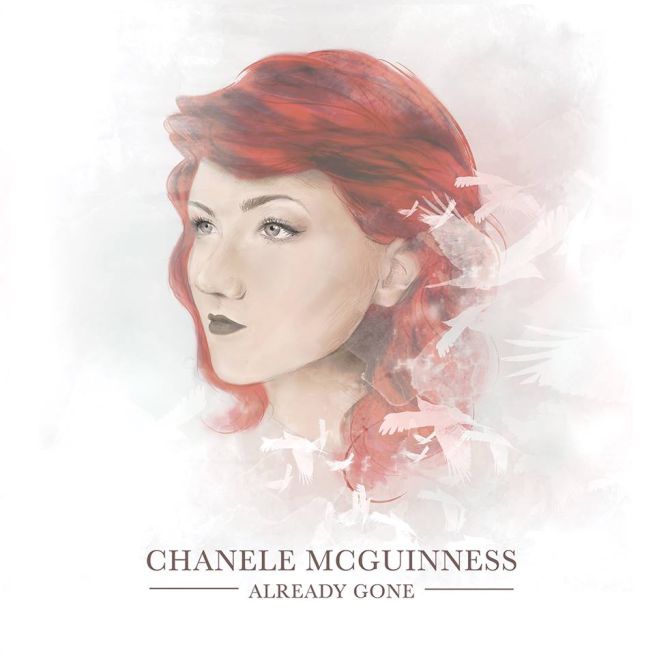 Upon writing this review I am trying to imagine why it is one voice resonates with us more than another. Quiet seriously. What is the nameless quality that moves us with a mere breath, and transports us back to moments from own your past or present? In all honesty I’m not sure, no one knows. It’s far too personal.

This is the case with Chanele McGuinness and Already Gone. McGuinness has this indefinable quality.Set against the icy, reverberated folk production that supports it, each word is weaved melodically around the music with heartfelt care.

Indeed,”heartfelt” is the defining characteristic of Already Gone. From Clannad-esque opening of ‘O Little Dove’, to the longing of the record’s title-track and the heavy repose of ‘Terrified’, McGuinness’s enthralling voice takes centre stage. Conveying the fear, regret and doubts that comprise her (and our own) experiences, the songwriter makes these lyrically bare-boned songs easier to take with gentle, introspective performance.

That’s not to say there isn’t hope in the record too. Between the shaking harmonics and rasping strings of ‘Ghost’, Chanele brings Already Gone to a twinkling close that perfectly brings closure to everything that precedes it, giving the record a satisfying close.

So what of Chanele McGuinness and the previously mentioned undefinable quality? Well, that is the added je ne sais quoi that elevates Already Gone and indeed sets McGuinness apart.

Within the spectrum of Ireland’s new wave of songwriters who have studied the likes of Lisa Hannigan, Conor O’Brien, Cathy Davey and Glenn Hansard, Chanele McGuinness is by far one of the most promising (alongside: SOAK, I Have A Tribe, etc). This is due in no small part to the effortless enchantment that she possess, and how she chooses to wield it.

I have predicted great things from Chanele McGuinness in the past, and with Already Gone she has proven me right.

Already Gone by Chanele McGuinness is due for release on July 31st.