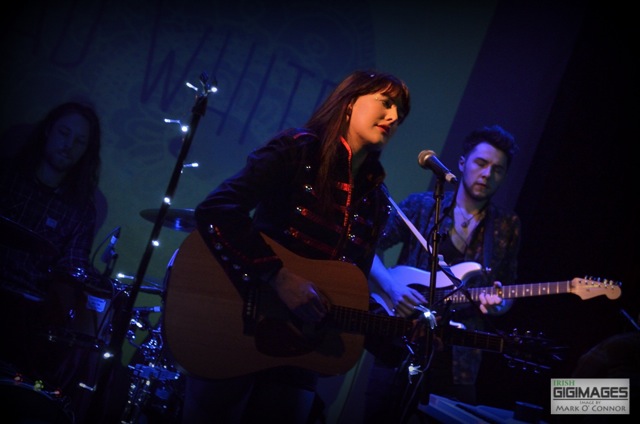 Opening with the slow-burning heartbreak of ‘Better’, Sinead White sets the scene for the entirety of Finally. The whole album aches with emotion both past and present, long-held aspirations and regrets from relationships that have since receded into memory.

Indeed memory seems to be at the core of the record. White relives each lyric or story told by her expressionist songwriting through captivatingly honest performances. And in that way she runs the gamut of emotions from the fiery ‘Poor Little Rich Boy’ to the gentle yearning of ‘Do You Know’ (not to mention the sideways anger of ‘Mouth Trumpet’).

With so much being laid bare, there are instances during Finally when you can’t help but feel the production leaves it down. While the serene nature of the record is well held, keeping each song related sonically to the last, slightly bolder flourishes of sound or rhythm may have added to the overall experience. However, this never detracts from the songwriting itself, which forms the beating heart of the album.

Finally is as close to life as songwriting can get. It’s bittersweet, honest and pointedly descriptive. Throughout the record Sinéad White exorcises the past with complete and heart-wrenching recall. Reliving theses moments the lyrics reflect, re-imagine and redefine the songwriter’s own experience, taking us along for the ride.

In this way Finally is an enduring debut album about hurt and how it redefines us. Sinéad White exposes these feelings with almost complete abandon during the record, while never coming across as overbearing or dramatic. And that seems to be the trick in the tail. There’s a lot being said here, but it’s subtly done.

Finally by Sinead White will be available via iTunes later this month (June).