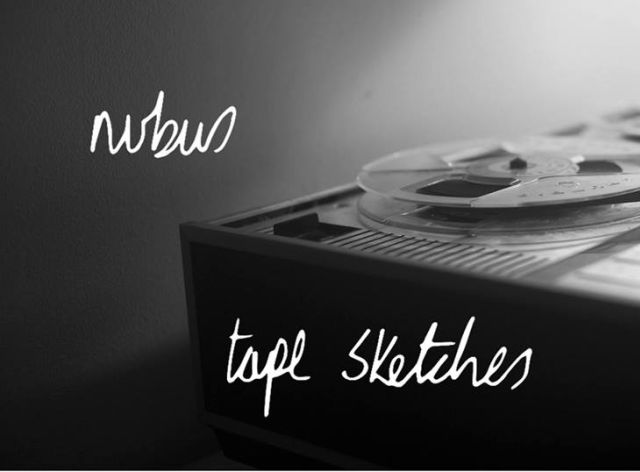 The music of Tape Sketches is a gentle evocation of the human spirit. The concept/title of the piece, ‘Sketches’, draws from the immediacy of each individual moment in which we live our lives and for that Nubus has ambition.

Harmony and rhythm both flow in equal measure throughout the mostly serene ambient piano lead melodies of the album. Whether if be the brief beauty of ‘Waltz Sketch’ or reflected sadness of ‘Ella’s Dance’, the record moves from one fleeting snapshot in time to the next with ease.

In this way Tape Sketches plays more like one big piece, rather than a traditional segmented album. Every song harks slightly back to the last as the music blurs into one cohesive listening experience that evokes rather than provokes.

The only issue with Tape Sketches is its brevity, the album does feel slightly unfinished. But that, perhaps as its name would suggest, could be the very point of it all. The music, much like the glimpses of life it tries to capture, is never fully rendered.

Tape Sketches by Nubus is out now via bandcamp.