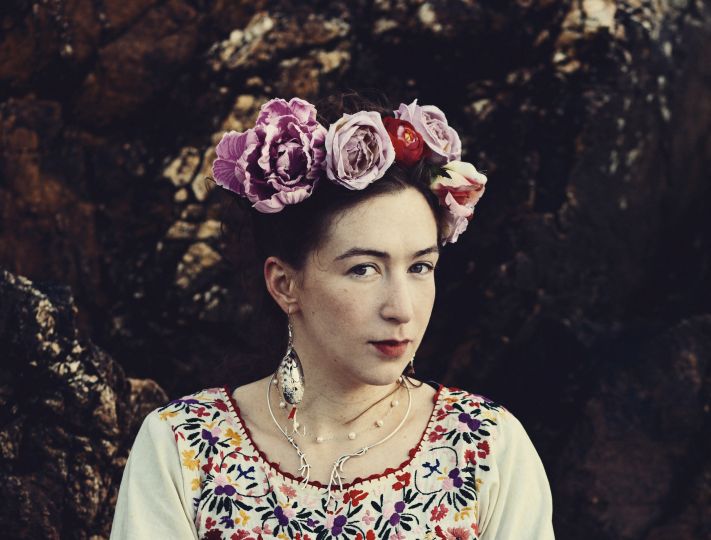 However in the moments when Big Starving Thing is allowed to breathe, like the openings of ‘Sea Legs’ and ‘Show Me’, Hartman’s vocal arrangements take centre stage and highlight the care taken while crafting the record and underlined charm of the L.P itself.

And Big Starving Thing plays like a handcrafted album. The intricate harmonies, melodies and rhythms provided by wealth of instrumentation sounds intimate and cared for. Songs such as ‘Hand Holding’ benefit from this warm inviting sound, and are nicely juxtaposed by the surprisingly aggressive sound of ‘Broken Woman’.

Big Starving Thing is an album of gestures, musical and emotional sleight of hand flourishes that move with broad vivid colours upon the record’s canvas. In this way the record works as a unique debut offering that comes fully formed, yet also feels like an artist trying to find who she is (or indeed isn’t) within a music scene where bold stylization is the order of the day.

Big Starving Thing by Ríona Sally Hartman is out now.