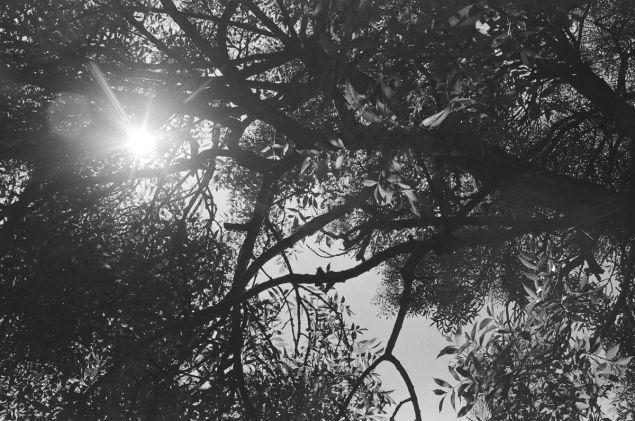 The Last Mixed Tape reviews @Ventures.002 the debut studio album from indie-folk duo We, The Oceanographers.

@Ventures.002 is a texturally rich record that uses great big ambient spaces and lo-fi boundaries to create a defined overall sound. Taking in various post-rock, alternative-folk and electronic We, The Oceanographers’ music is remarkably focused for a debut outing.

Indeed, the duo hold a stark reflective tone throughout @Ventures.002. The record howls and rumbles with regret and isolation in a way that captivates and invites with equal measure. Songs such as ‘Starlight Starbright’ crackle with beauty thanks to the album’s subtle production and We, The Oceanographer’s impressionistic songwriting.

From beginning to end @Ventures.002 occupies a definite soundscape of monochrome, using this over-arching downbeat mood the band work in a broad spectrum of sounds into the album.

With the electronic backbone of ‘Same Old Story’ and the 8-bit tinged pops and click of ‘You’ll Be Much Brighter’ play with the album’s tonality whilst still maintaining it. Resulting in two of the L.P’s stand-out moments.

We, The Oceanographers are a band with a nuanced songwriting ability. More importantly the pair understand their own sound, something that can be lost on many bands during their stages. This understanding helps them augment and subvert their music in way that feels true to its roots. In that way @Ventrures.002 is a confident and well-crafted introduction to a group capable of more, and will most certainly deliver on that promise.

Ventures by We, The Oceanographers