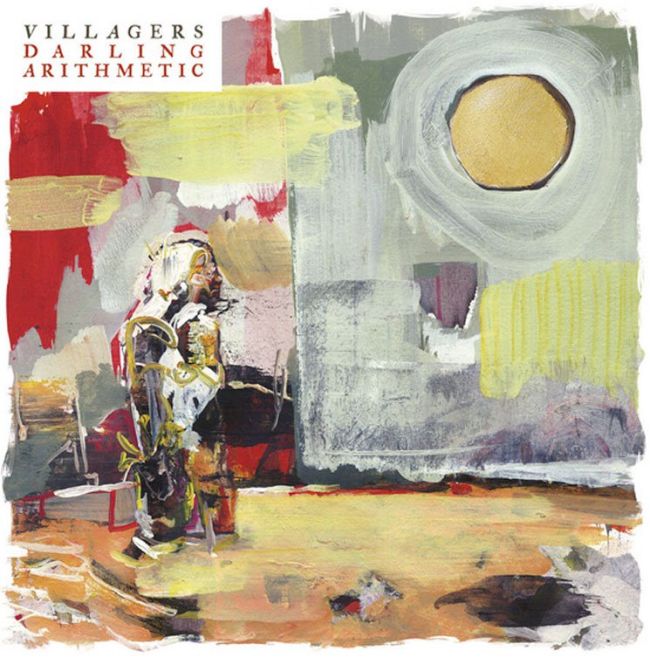 ‘Courage’, the albums opening track and lead single, is a definite statement of where we find Villagers on Darling Arithmetic. Imbued with that instantly recognizable way that Conor O’Brien coins a phrase and Villagers ability to blend and intertwine sounds into one big moveable feast, the song directly and precisely begins the songwriter’s third album off on the right foot.

With its quivering textural backdrop and up-close, soft-spoken foreground Darling Arithmetic finds a natural middle-ground between the rawness of Becoming A Jackal and the vastness of {Awayland} with a sound contains hidden depths. This is best captured in the gently rippling echoes and persistent rhythms that populate ‘Dawning On Me’ and further drawn upon during the L.P’s closing track ‘So Naïve’.

Whether it be the gentle flow of the album’s title track or the cutting, sharp nature of ‘Little Bigot’, Conor O’Brien once again covers and turns from ever-changing moods that all perfectly sit within the very distinct, brooding indie-folk tinged production of Darling Arithmetic.

Moving from deftly held repose to washes of reverberation (seen on ‘Courage’) the album traverses these moments with great ease, with Villagers always keeping the overall shape of the albums sound in tact and sounding dynamic.

The essence of Conor O’Brien’s songwriting has always been how he chooses to twist and turn a phrase, not just lyrically but also vocally. In between the slight breathes and drawn out words O’Brien crafts meaning and tension into the bedrock of his music. With the inclosed, intimate mood of Darling Arithmetic we see the end-result of this process in all it’s captivating glory.

Speaking to the longing and need in us all, Villagers’ third album is a deeply personal record that connects in a real and unmistakable way. It is part of the human condition to communicate, or try to, our emotions by projecting them outwards. For most of us we need a another’s voice to help us to do so. In this way Darling Arithmetic is cathartic for both the artist and the listener, creating a bridge between the two.

Darling Arithmetic by Villagers is out now.