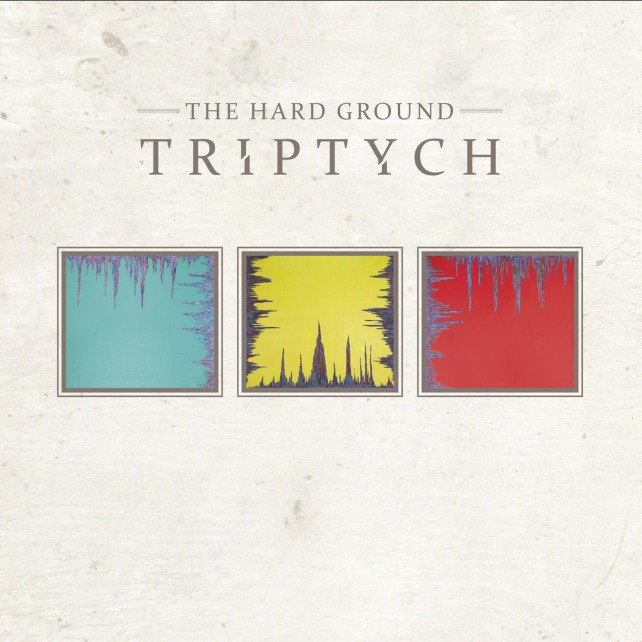 The Last Mixed Tape reviews Triptych the culmination of an ambitious three E.P. project from Cork band the Hard Ground.

The final piece in the Triptych puzzle, the album itself (consisted of E.P’s 1,2 & 3 – reviewed here) finds the Hard Ground bringing together the tonal progression of parts 1 & 2 with the broader sound of the final, new, closing tracks.

And it is this blending together of tracks like ‘Two By Two’ and ‘Deep In Green’ that the real trick in the Triptych tail is revealed, as it becomes more and more clear just how well structured and crafted the full L.P is.

Indeed, the fear with an approach that segments a whole album into three parts is that the final piece would suffer and feel fragmented by this process, either down to track selection or the time in between recording sessions causing a disparity in style.

Luckily this is not the case with Triptych as the record balances the introspective (‘Ashes’) and the rattle and hum (‘Capon’) elements of the Hard Ground perfectly, while also expanding on them.

This total realization in sound is perfectly wrapped up in ‘Pucker’, which is quite possibly the stand-out of the Hard Grounds’ career let alone Triptych. The song in which all the defining characteristics that make the group so compelling come crashing together, ‘Pucker’ is heartbeat of the album.

With the entirety of Triptych now finally laid bare, the over-arching feeling is one of satisfaction. This is in no small part due to the slow reveal concept of the project itself. As each section was unveiled so too was the far-reaching scope of the album itself.

Triptych is a strikingly dramatic album that finds at it’s core an aspiring songwriting foundation. Encompassing themes of regret, love, loss and helplessness the Hard Ground capture the essence of our own experiences and desires in three movements, filtered through the group’s distinct deep-seeded musicality.

Triptych by the Hard Ground is due for release on April 10th.

3 comments on “The Hard Ground – Triptych”