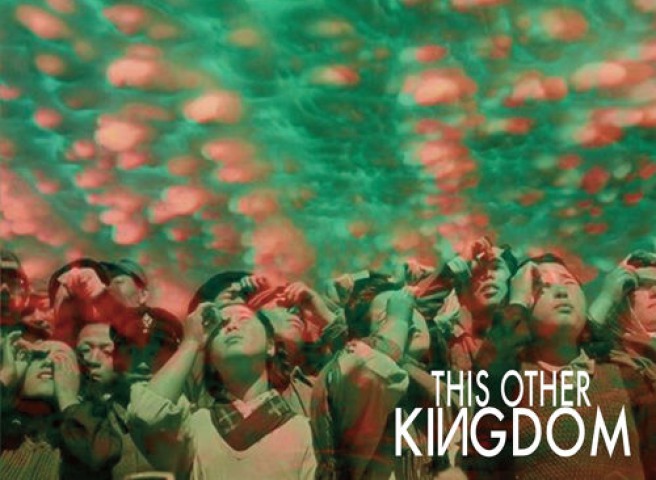 Bounding in with the crunching percussive drive of ‘The Day, Your Day’, the intense pounding feel shown This Other Kingdom’s recent live shows is fully captured in the studio.

With songs like the dark fuzz-laden ‘Enthral’ and the post grunge brooding of ‘Vacate the Horror’ This Other Kingdom play with their natural dynamism. Jumping from screeches of guitar to booming persistent bass to large-scale heavy flourishes of drum patterns, Telescopic jolts and moves to the tense, aggressive undercurrent found in the band’s music.

However, it is the vocal that takes centre stage throughout Telescopic. Powerfully dominating the overall sound of the record (but best seen in the howling ‘Plasticine Dream’) with a deep bodied performance This Other Kingdom move from Jim Morrison dramatics to Ian Curtis-eque isolated aggression in the blink of an eye.

Propellent and distorting, Telescopic merges the indie-rock and psychedelic genres well. Sounding accomplished, the album bestrides and harnesses This Other Kingdom’s live sound to great effect, but with the depth and atmosphere alluded to throughout the record it does feel like more could have been made with the band’s distinct take on the aforementioned genres.

Telescopic works as a confident, foundation laying debut from This Other Kingdom. Flickering with real promise the album is only held back by the production’s lack of ambition. This point, coupled with the fact it’s the group’s first record, means that the group could very well deliver something very special in the future.

Telescopic by This Other Kingdom is due for release April 11th.

5 comments on “This Other Kingdom – Telescopic”