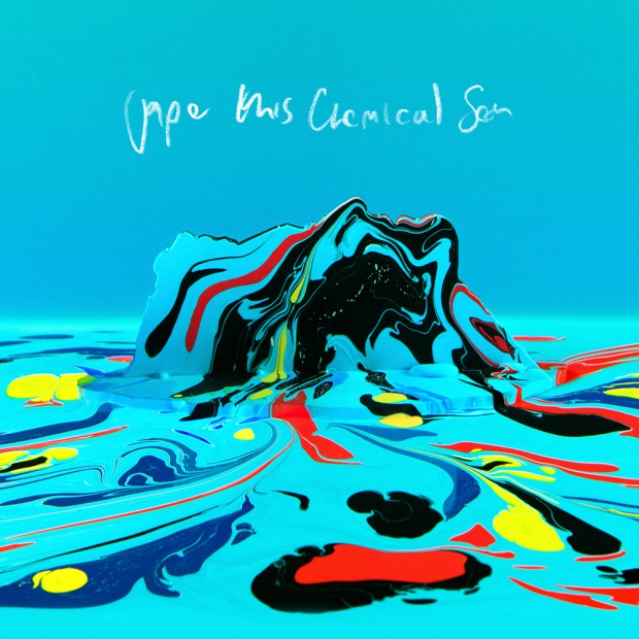 From the opening burst of electronic texture found on ‘Seance of Light’ to the following hook-laden dance infused sound of ‘The Heart’s Desire’, the whole vibrant mood of This Chemical Sea comes quickly into focus, with Jape leaving the listener in little doubt of the sonic territory that the artist wishes to explore.

With the album’s sonic cohesiveness established Jape uses this foundation to switch mood and tone while never upsetting the overall sound of the record. Tracks such as ‘I Go’ and ‘Without Life In The Way’ feel more reflective, while ‘Absolutely Animals’ and ‘Ribbon Ribbon Ribbon’ carry across the infectious nature of his music.

Indeed, what becomes clear from start to finish is how intricately structured This Chemical Sea is. Throughout the album Jape fills the canvas with flourishes of sound that occupy each singular moment of the record.

This approach could have, in the wrong hands, ended up sounding too cluttered and led to the album eventually stumbling as it tried to keep up with itself. However, the attention to detail and broader concept of This Chemical Sea never loses focus under the songwriter’s watchful eye, making the overall record feel like a constantly evolving experience.

This Chemical Sea is an album in the truest sense of the term. Fully formed and containing a defined central thread, the record is the sum of all it’s parts with each track playing seamlessly into the next.

Big, vivid and alive with invention, Jape’s latest album feels like a mantra built on hypnotic rhythm, in the moment lyricism and atmospheric openness. A very welcome return from one of the country’s most diverse songwriters.

This Chemical Sea by Jape is out on January 23rd and is available to pre-order now via iTunes.

2 comments on “Jape – This Chemical Sea”