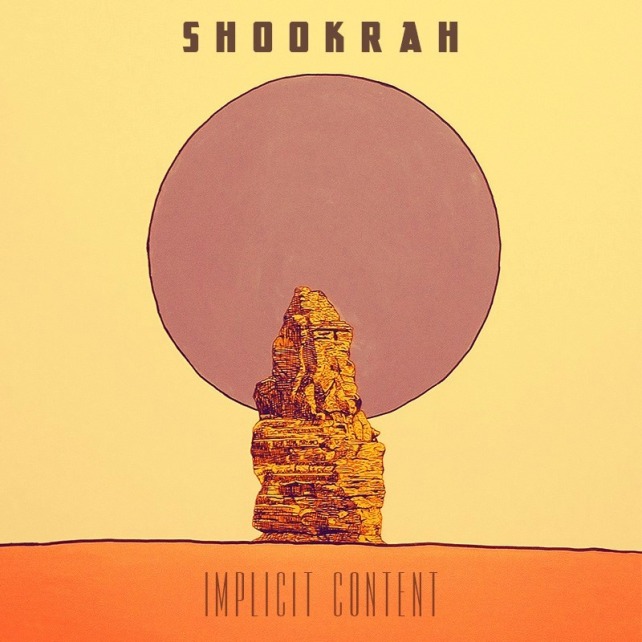 Beginning with a screech and followed abruptly by the undeniable soul/funk sound of ‘Woman’, Shookrah open Implicit Content with sheer abandon and commitment to their infectious sound.

Jolting with syncopated rhythm and centred around hook-laden vocals the track alludes to the power behind Shookrah’s music, which is seen once again in the equally bombastic ‘Rein On’.

Throughout the record, Shookrah find the right balance of mood and dynamic scale. Indeed with such a forceful funk sound to draw from, the band use this characteristic sparingly and to great effect when called upon. Leaving slow-burning tracks like ‘Babahdah’ the time to translate the E.P’s calmer moments.

What is most impressive about Implicit Content is the fact the E.P. is Shookrah’s debut. With its pin-point musicality and bouncing pop production, the record gives a sense of maturity and care not usually seen in first releases. In this context, Shookrah immediately set themselves apart.

Implicit Content is an E.P. that bursts at the seams with infectious musical vibrancy and joyous charm. Pulsing with grooving soul and funk elements Shookrah take what they need from these genres to create a sound that is respectful of their influences but also works to augment them and bring their sound into the current scene.

An irrepressible record created with a very clear love of the music it borrows from.

Implicit Content by Shookrah is out now vis iTunes.