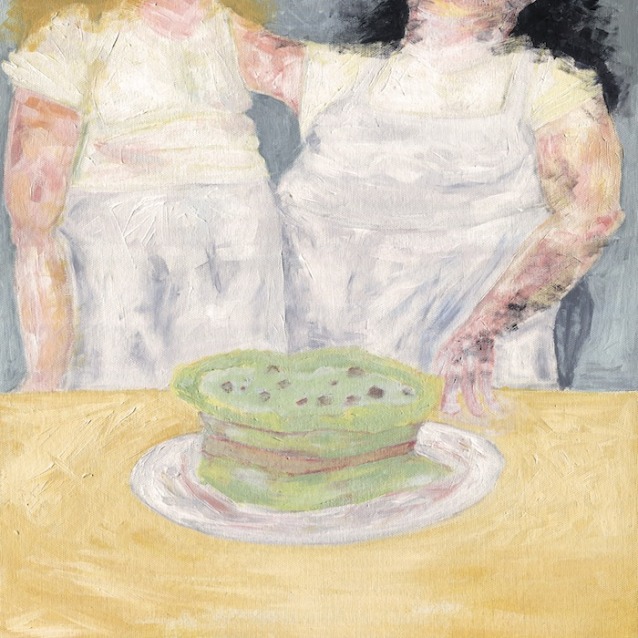 Dublin noise-rock outfit Hands Up Who Wants To Die return with their sonically bold and visceral sophomore album Vega In The Lyre.

The opening bang and clatter of ‘Now Beacon, Now Sea’ sets the scene and non-stop energy of the album, an approach that lines the backbone of the L.P. and engulfs it in a rumbling underbelly of noise.

Moving through the rattling pressure and eerie calm delivery of ‘Burnt Yesterday’ to the jolting cacophony of ‘The Brotherhood’ the record’s cohesive mood and tone is maintained by Hands Up Who Wants To Die’s powerful interplay and performance.

However, so constant and claustrophobic is the sound of Vega In The Lyre that listening the album as a whole can lead to songs merging into the record’s overall experience rather than being heard as individual tracks.

The L.P have a definite mood and nihilism to it that, at times, does lead to the law of diminishing returns kicking in by time ‘Dreft’ comes around. Although, given the production and uncompromising sound of Hands Up Who Wants To Die as a band, this hypnotic, entrancing physical effect may very well be intentional.

An album about visceral all-encompassing noise and harsh sonic edges, Hands Up Who Wants To Die showcase the undeniable tonal persistence of their music in a record that fully realises the stylistic melting pot of noise, punk and rock that forms it.

Manic, impactful and anchored by a dense sonic weight, the sheer upfront nature of Vega In The Lyre is impressive on its own. And while the album does suffer from fatigue due to it’s unrelenting pace and pressurised sound, the fully committed approach to this mood has to be commended.

Vega In The Lyre by Hands Up Who Wants To Die is out on September 25th via Art for the Blind.