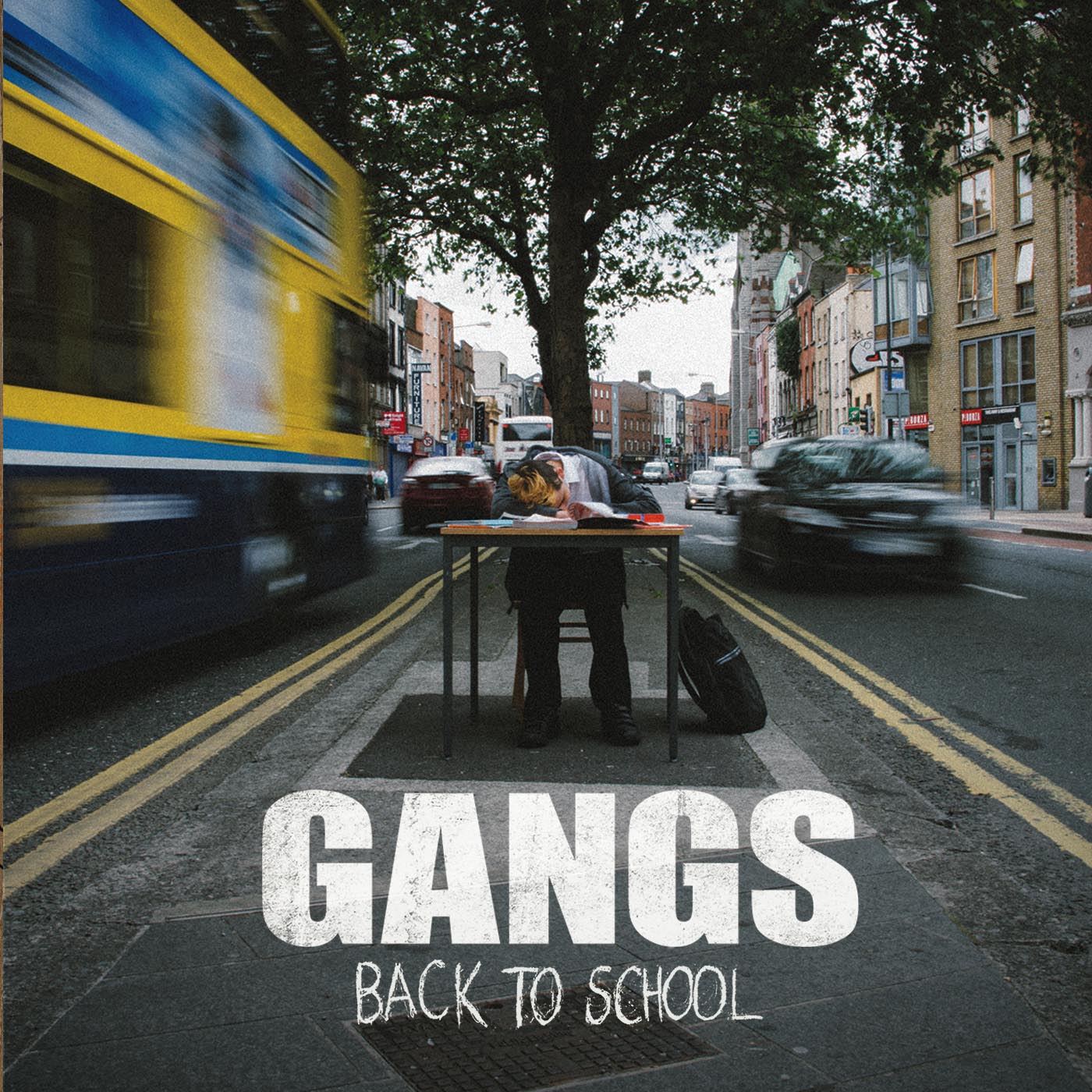 Dublin based indie-rock act Gangs make a suitably explosive debut with their brilliant Back to School E.P.

For quite some time now Gangs have built a near unstoppable momentum through attention grabbing live performances that have resulted in a constantly expanding devout “moveable scene” that follows the four-piece from show-to-show.

The group’s highly anticipated first E.P. Back to School is evidence that this is not hype-based but rather a possible sign of something far more seismic occurring within the Irish indie scene.

From the sudden sharp blast of drums that introduce the raucous ‘Daisy’, the sheer force of Gangs live sound is captured perfectly during the studio recording process. Losing none of its potency, the straight-to-the-point edge of the band’s music hits from the opening bars of Back to School and never let’s go.

With the Dublin native’s all-encompassing sound blasting out of the speakers the far more effective aspect of Gangs music comes to the fore, the undeniable relevancy. As Jordan Curtis’ vocal powerfully taking centre stage within the interweaving guitars and bone rattling drums, song’s such as ‘Back to School’ convey the restlessness and disenfranchisement of their generation perfectly.

From here it becomes clear why the band connect so strongly with their audience. Gangs are a band of their generation, for their generation. Indeed, Back to School is a record forged on the streets of Dublin but can easily translate globally.

And it is with the immense ‘Young Employment’ that the group capture not only the best aspects of their sound but also, in more broad terms, a moment in time. Frustration pounds from each drum beat, anger permeates from each jolting guitar note and intent pours from each up-front lyric.

Bringing the E.P. to a close with the reflective ‘Poison In Your Liffey Blood’ is an essential twist in the tail that gives a sense of tonal aspect to Back to School, while also broadening the overall sound of the record. But once again at its heart are the themes that make this debut so affecting.

In context, what is so awe-inspiring about Back to School is how Gangs get across all of these fears, aspirations, desires and frustrations within its short running time and, in what is their first fully formed release.

Debuts are, and will always be, a tightrope walk. Bands can stay to close to their beginnings and sound under-developed, get lost in the self-indulgence of their particular music scene/influences, try to hard to “box-tick” their way to the charts or simply become weighed down by the possibilities of the studio itself. However, Gangs simply side step all of these flaws and deliver an E.P. that sounds lived in and real.

In the current climate of many established “indie-rock” acts playing it safe or too interested in being seen rather than heard, it’s refreshing to hear the raw and exciting abandon of up and coming group’s such as Gangs who are not afraid to say what they mean. For it is these, more relevant bands, that will supplant the “paint-by-numbers” drudgery with something new, vibrant and lasting. Vital.

Back to School by Gangs is due for release on September 27th.

6 comments on “Gangs – Back to School”