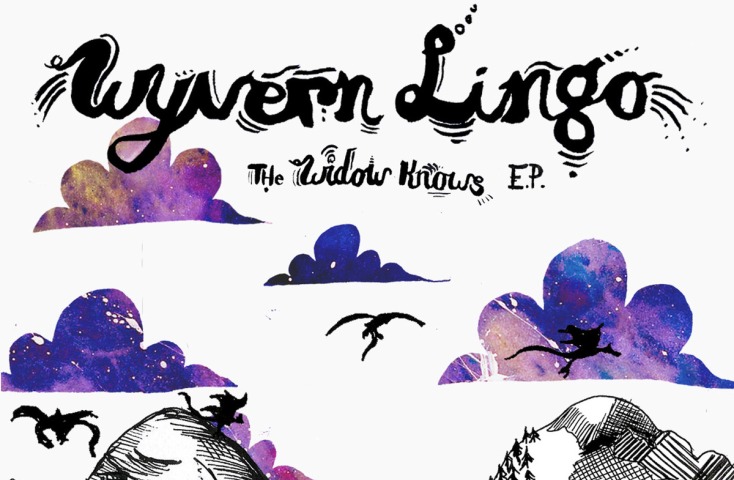 The Widow Knows is richly harmonic take on the alternative-folk genre steeped in reverb and a melodically weaving undercurrent.

With the beautifully layered harmonies that open the record, Wyvern Lingo set the scene for The Widow Knows as they begin to form the melodic tapestry that is their sound with each vocal part strongly supported by carefully interwoven instrumentation.

Blending a vibrant array of influences, the trio merge folk and alternative-pop sensibilities into a serene sound that is capable of drawing mood and ominous tone when called upon (most effectively seen in ‘Fairytale’).

Through powerful twists and turns in the music Wyvern Lingo showcase their ability to make sudden and attention grabbing changes within a song, while still maintaining the cohesive sound of the E.P.

There is also a classical aspect to the group’s sound that when coupled with the rich harmonies and deftly performed flute on ‘Snow’, draws comparisons to Peter Gabriel’s early work with progressive-rock act Genesis circa Foxtrot (or more succinctly ‘Supper’s Ready’).

Indeed, so undeniably palpable is the talent on show throughout The Widow Knows that one could mistakenly describe it as “effortless”. This however, would do the three-piece a deep injustice as the craft and care taken to make the record is intricately and greatly realised.

The Widow Knows is an immense work of musicianship, blended style and large-scale production that comes together to create a record that works on almost every level. An unexpected treasure.

The Widow Knows by Wyvern Lingo is out now.