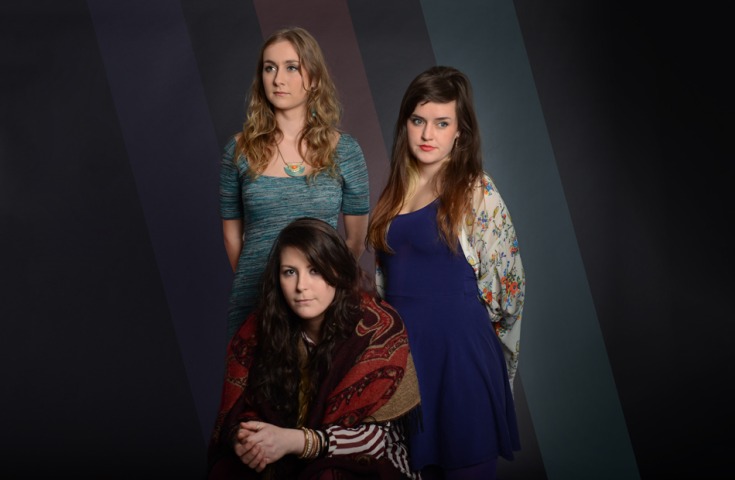 In this edition of our song of the week feature The Mixed-Tape  we turn our attention to Wyvern Lingo and ‘Snow’, which is taken from the trio’s debut E.P. The Widow Knows.

The centrepiece in Wyvern Lingo’s brilliant new record The Widow Knows, ‘Snow’ is a characteristically harmony filled track from the group which contains inflections of Crosby, Stills & Nash circa their 1969 self-titled debut and passages of the more serene moments found in Peter Gabriel’s Genesis.

Carried forward by the strong ebb and flow of vocal lines that open from solo performances to full three-part harmonies in a flash. Creating a natural dynamic in the music, the trio’s ability to expand on the melodic spectrum of the song is beautifully realised with each new introduction.

Also, ‘Snow’ portrays a slightly more ominous side to Wyvern Lingo’s music in terms of tone and mood. Captured with the open soundscape that underscores the record’s production, the band use this space to create not only a sense of depth but also of thematic aspect that bodes well for the trio’s future work.

A highlight in an E.P. brimming with flourishes of musical brilliance, ‘Snow’ is a dark yet thoroughly captivating introduction to an immensely talented group.

It is for these reasons that ‘Snow’ by Wyvern Lingo is this week’s addition to The Mixed-Tape. The song’s parent E.P. The Widow Knows, is out now (read our review here).