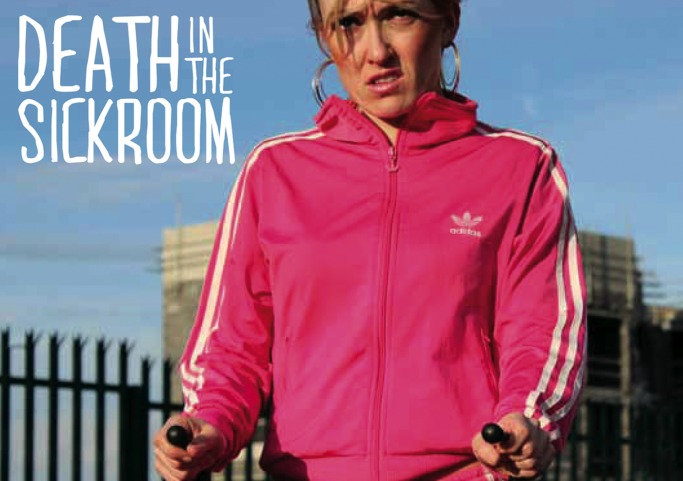 Dublin four-piece Death in the Sickroom provide an irrepressibly infectious introduction with their début E.P. Brick to the Face.

From the instant the sudden crash of jangling guitar and vibrant melody bursts from the speakers during opening track ‘Tonight’ the indie-pop brilliance of Brick to the Face becomes abundantly clear.

To further the vivid tone of the record, Death In The Sickroom bring to the fore ‘Plane Jane’. A song that contains all the energy and melodically dense character of the Smith’s circa The Queen Is Dead (not a comparison to be made lightly).

But Death in the Sickroom are not just blending together outside influences, Brick to the Face has a quality often unseen in indie music today. A defined sense of place.

Unlike many acts trying to mine purely “retro” territory, the E.P. feels like it’s been created from this moment in time, for this moment in time. This is most effectively seen in ‘The Last Day of School’, with the Dublin group conveying their own experience and identity into their music.

By the time the record’s closing track ‘Billy No Mates’ comes swaying into focus so too does the full-scope of Brick to the Face. All the musicality and pin-point interplay that culminates to create Death in the Sickroom’s sound is captured in these final moments.

Brick to the Face is a simply stunning début. While the previous release of lead single ‘Tonight’ hinted at something special from Death in the Sickroom, the E.P. itself expands on this in a way that is quite astounding. A more promising introduction to a group will be hard come by this year.

Brick To The Face by Death In The Sickroom is out on Friday, August 15th via Reekus Records.

2 comments on “Death In The Sickroom – Brick To The Face”