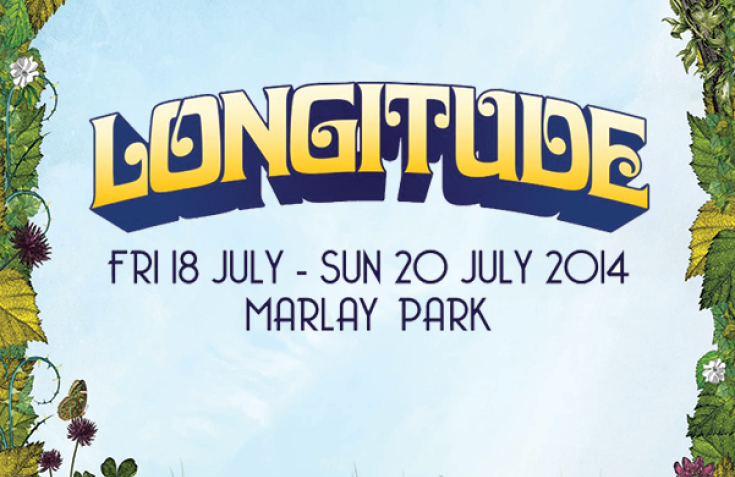 O Emperor – Whelan’s 25 Stage Saturday, July 19th (8pm)
One of the countries most individualistic and accomplished band’s, O Emperor have a studio and live reputation that is more than deserved. Uncompromising and equally captivating when experienced live, the Waterford act will perform at the festival this Saturday.

Le Galaxie – Heineken Stage Saturday, July 19th (9.45pm)
An electro-pop group with an unshakeable, infectious sound Le Galaxie are also a band whose live show is simply a must see in any context. The four-piece take to the Longitude 2014 stage on Saturday.

Hozier – Main Stage Saturday, July 19th (3pm)
As expectation and interest continues to mount around the songwriter following last year’s Take Me To Church E.P and 2014’s From Eden E.P, Hozier will maintain his currently unstoppable momentum with an appearance at this year’s Longitude festival.

Haim – Main Stage Saturday, July 19th (8pm)
Indie-pop at it’s most vibrant and engaging, Haim are a group who continue excel with their début album receiving critical and commercial acclaim. While the trio’s seemingly endless tour schedule has earned the band a well-deserved live reputation.

Tvvins – Main Stage Saturday, July 19th (2pm)
Dublin duo Tvvins identified themselves to be one of Ireland’s most promising and exciting new act with their recent out-put including the brilliant single ‘You Better’. And with their stellar live set in support of the single’s launch earlier this year in Whelan’s the pair will be a must see this Saturday.

Talos – Heineken Stage Saturday, July 19th (3pm)
With the brilliant ‘Tethered Bones’ electronic producer Talos instantly made an impression on the Irish music scene with his captivating sound. The Cork native will take to the Longitude 2014 stage this Saturday.

Chvrches – Main Stage Saturday, July 19th (6.45pm)
Scottish synth-pop outfit Chvrches continue to grow and evolve on all the potential the trio have displayed so far in their career. With the band’s stunning début The Bones of What You Believe the group showcase everything that is so special about their music.

James Vincent McMorrow – Main Stage Sunday, July 20th (7.30pm)
Post Tropical was yet another leap in talent and ambition from singer-songwriter James Vincent McMorrow. An artist with an immensely atmospheric sound, the musician will bring his live show to Marlay Park this Sunday night.

We Cut Corners – Main Stage Sunday, July 20th (2pm)
A duo whose live sound matches the sheer weight and edge of their studio work (seen so effectively in their recent album Think Nothing) We Cut Corners are one of Ireland’s most engaging and must see live acts performing at the moment. Catch them at this year’s Longitude music festival on Sunday, July 20th.

Day tickets for the festival are priced at €59.50. For more information visit ticketmaster.ie. See here for the full list of artists performing and day-to-day schedule.