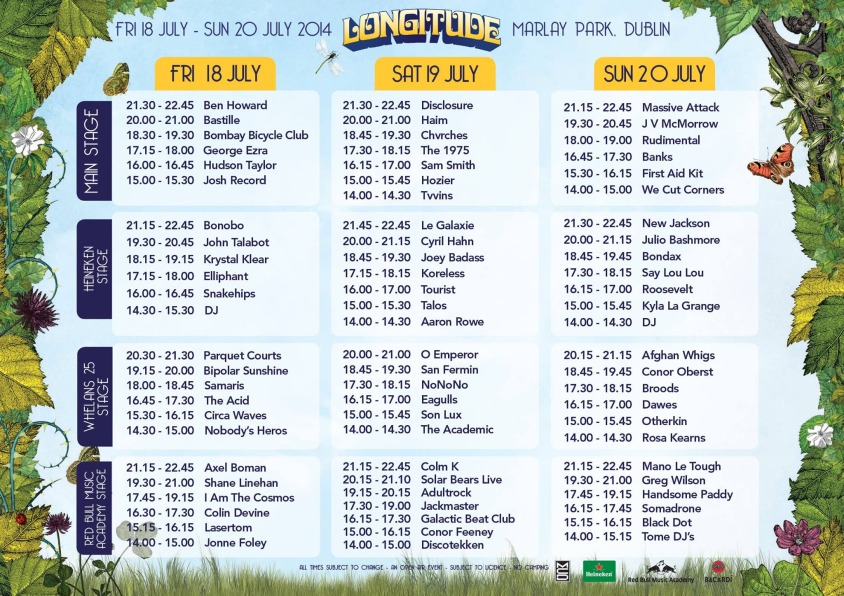 The running order and timetable for the Longitude 2014 music festival, happening this weekend, has been announced.

See below for the full timetable and artist running order for Longitude 2014. Click here to read the Last Mixed Tape’s 10 must see artists at this year’s festival.

Day tickets for the festival are priced at €59.50. For more information visit ticketmaster.ie or visit longitude.ie.