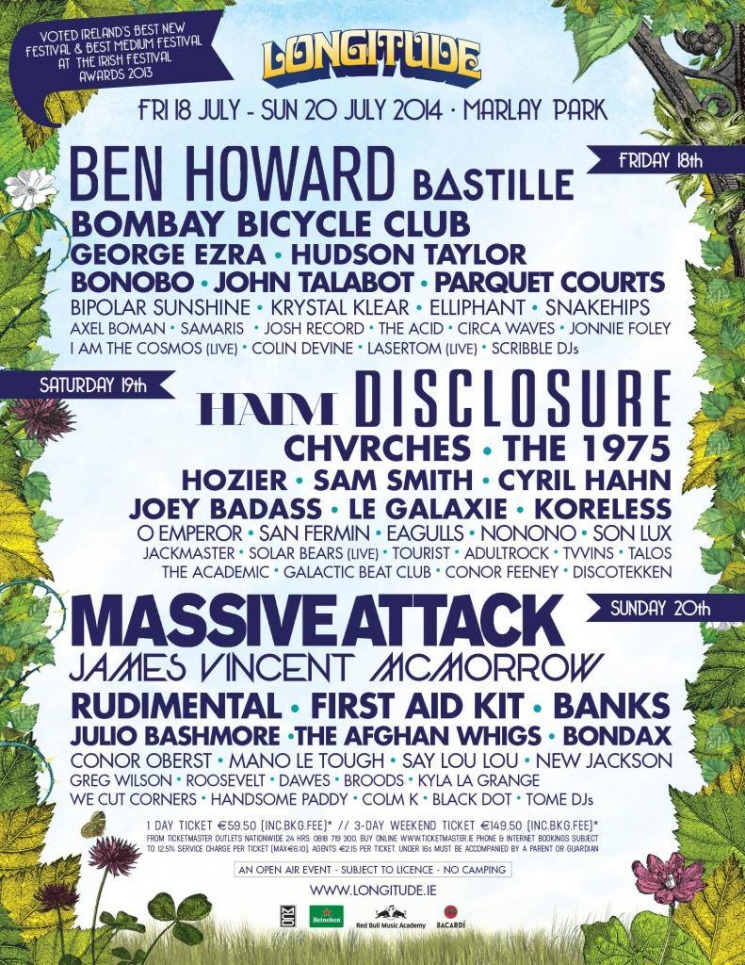 Three up and coming acts have been added to the Longitude 2014 music festival line-up set to perform at Marlay park this month.

Coming as part of the CANVAS, the Grainstore’s Youth Arts Committee, Battle of the Bands the acts added to the annual music festival bill are indie-rock band Nobody’s Heroes, singer-songwriter Aaron Rowe and solo artist Rosa Kearns. For more information on the competition visit longitude.ie.

Day tickets for the festival are priced at €59.50. For more information visit ticketmaster.ie. See below for the full list of artists performing and day-to-day schedule.